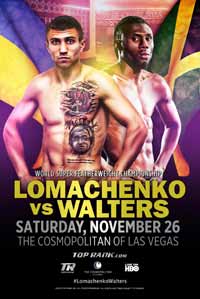 Review by AllTheBestFights.com: 2016-11-26, pretty good fight between Konstantin Ponomarev and Silverio Ortiz: it gets three stars.

The undefeated Konstantin Ponomarev entered this fight with a perfect record of 30-0-0 (13 knockouts) and he is ranked as the No.22 welterweight in the world. He has fought once in 2016 winning over Brad Solomon via split decision.
His opponent, Silverio Ortiz, has a boxing record of 35-18-0 (17 knockouts) and he entered as the No.64 in the same weight class. He suffered four consecutive losses between 2015 and 2016, but he came back to win in his last bout against Mian Hussain. Ponomarev vs Ortiz is on the undercard of Vasyl Lomachenko vs Nicholas Walters. Watch the video and rate this fight! 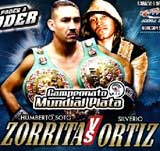