Review by AllTheBestFights.com: 2019-05-23, close fight but not so exciting: Austin Trout vs Terrell Gausha gets two stars.

The former Wba light-Mw champion Austin Trout entered this fight with a pro record of 31-5-0 (17 knockouts) and he is ranked as the No.16 super welterweight in the world but he won just one out of his last four bouts, against Juan De Angel last year, after this fight he has been defeated by Jermell Charlo (Jermell Charlo vs Austin Trout).
His opponent, the former Olympian Terrell Gausha, has an official boxing record of 21-1-0 (10 knockouts) and he entered as the No.67 middleweight. He suffered his only loss when he faced Erislandy Lara in 2017 (Erislandy Lara vs Terrell Gausha), after this bout he came back to win in 2018 against Joey Hernandez. Trout vs Gausha is the main event of the evening. Watch the video and rate this fight!

END_OF_DOCUMENT_TOKEN_TO_BE_REPLACED 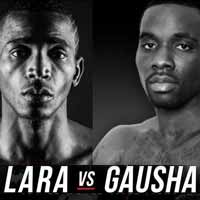 Review by AllTheBestFights.com: 2017-10-14, disappointing fight between Erislandy Lara and Terrell Gausha: it gets two stars.

The Ibo and Wba super-Ww champion Erislandy Lara entered this fight with a professional record of 24-2-2 (14 knockouts) and he is ranked as the No.1 super welterweight in the world. He suffered his last loss when he faced Saul ‘Canelo’ Alvarez in 2014 (via split decision, Canelo vs Lara), since then he has won five bouts beating Vanes Martirosyan (=Lara vs Martirosyan 2) and Yuri Foreman in his last two (=Lara vs Foreman).
His opponent, the undefeated Terrell Gausha, has a perfect record of 20-0-0 (9 knockouts) and he entered as the No.27 in the same weight class. In his last three bouts he has beat Orlando Lora, Steven Martinez (=Gausha vs Martinez) and Luis Hernandez. Lara vs Gausha is valid for the IBO and WBA Super World super welterweight titles. Watch the video and rate this fight!

END_OF_DOCUMENT_TOKEN_TO_BE_REPLACED 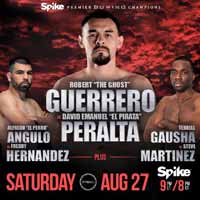