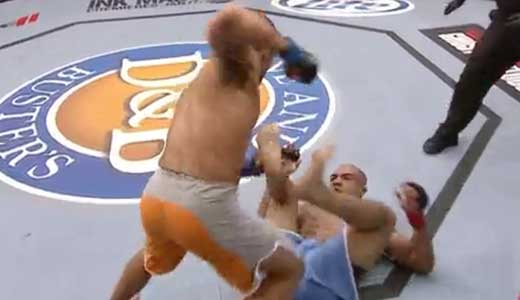 Review: 2011-12-03, high pace, nice exchanges of punches and an unexpected ending, Diego Brandao vs Dennis Bermudez is definitely one of the best mma fights of 2011 (the bout won “Fight of the Night” and “Submission of the Night” honors). Diego Brandao entered the fight with a record of 13-7-0 while Dennis Bermudez had a record of 7-2-0. Brandao vs Bermudez is the final of the featherweight division of the “The Ultimate Fighter 14” (undercard of Michael Bisping vs Jason Miller). Watch the video!

END_OF_DOCUMENT_TOKEN_TO_BE_REPLACED 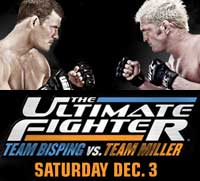 Review: 2011-12-03, the fight between Jason “Mayhem” Miller and Michael Bisping, ended by TKO in the third round, was not very exciting: two stars. Jason Miller (23-7-0) entered as the No.61 middleweight in the world while Michael Bisping (21-3-0) entered as the No.8. Miller vs Bisping is the main event of “The Ultimate Fighter 14 Finale” (Ufc TUF 14). Watch the video!