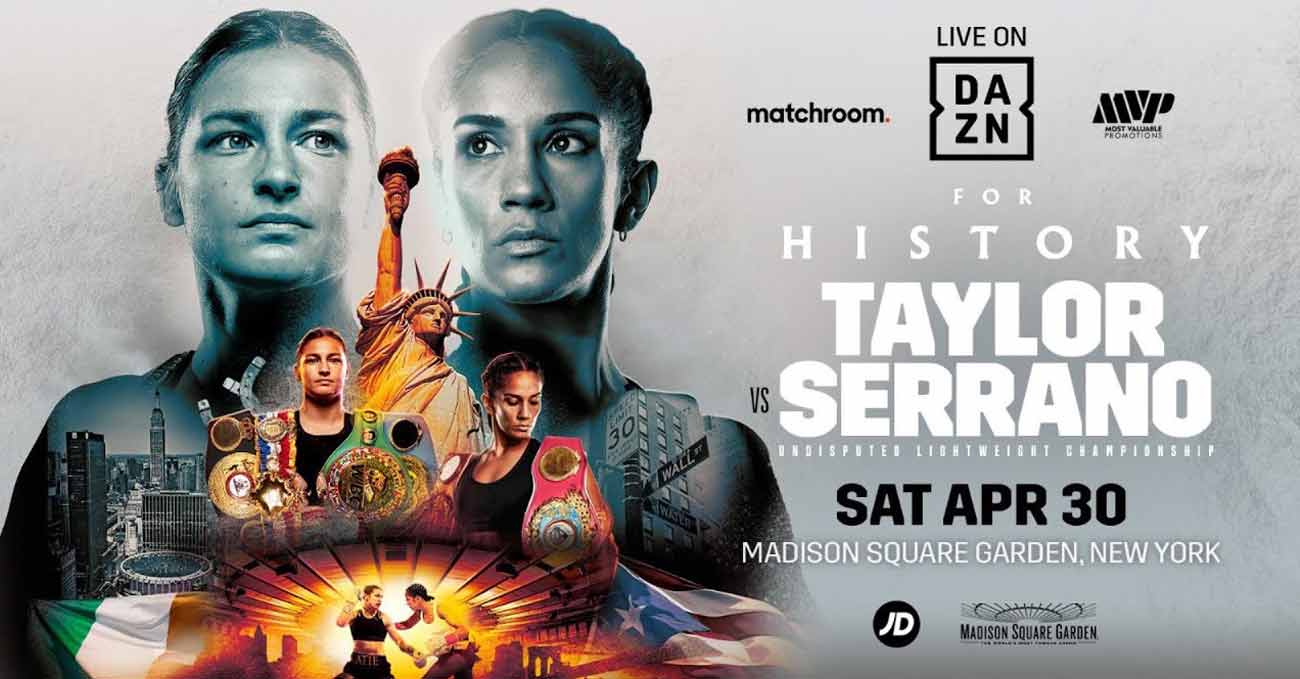 Review by AllTheBestFights.com: 2022-04-30, great performance and one round candidate for “Round of the Year 2022”: Katie Taylor vs Amanda Serrano is one of the best boxing fights of the year 2022 and it gets four stars!
Serrano vs Taylor is the main event of the evening and it is valid for the WBC, WBA, IBF and WBO World Female lightweight titles. Watch the video and rate this fight!