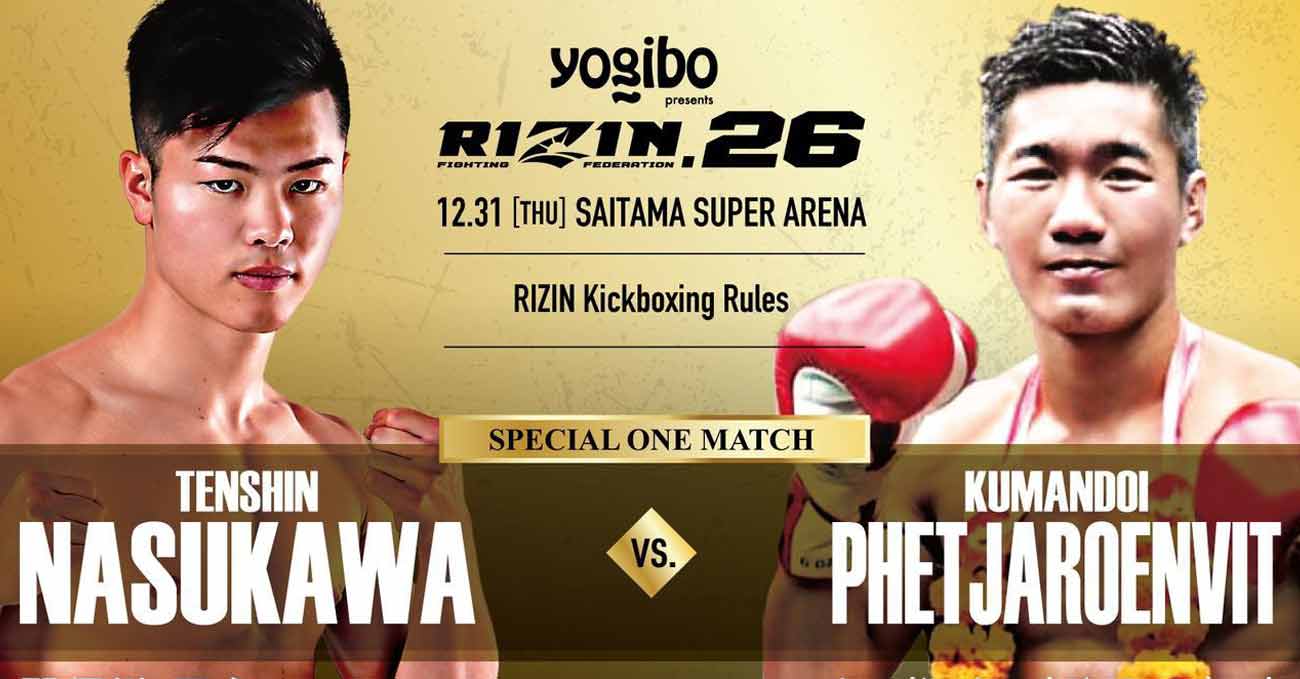 Review by AllTheBestFights.com: 2020-12-31, great fight between Tenshin Nasukawa and Kumandoi Petcharoenvit: it gets three stars (take a look at our ranking of the best kickboxing fights of 2020).
The undefeated black belt in karate and former ISKA world champion Tenshin Nasukawa entered this fight with a perfect kickboxing record of 39-0-0 (30 KOs=77%) and he is ranked as the No.1 super featherweight in the world. He has already fought three times in 2020 winning over Yuki Kasahara, Kouzi (Tenshin Nasukawa vs Kouzi Koji) and Yuki; at the end of 2018 he had also faced Floyd Mayweather Jr in a boxing exhibition fight (Floyd Mayweather Jr vs Tenshin Nasukawa).
His opponent, the former Omnoi and Wbc Muay Thai champ Kumandoi Petcharoenvit, has an official record of 122-28-0 and he entered as the No.4 featherweight but he lost two out of his last three bouts, both against Saoek Sitchefboontham; between the two losses he beat Petchsuntri Jitmuangnon. Kumandoi vs Tenshin is on the undercard of Kai Asakura vs Kyoji Horiguchi – Rizin 26. Watch the video and rate this fight!