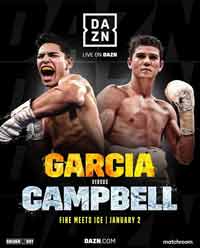 Review by AllTheBestFights.com: 2021-01-02, good fight between Felix Alvarado and DeeJay Kriel: it gets three stars.
The Ibf light-Flw champion Felix Alvarado entered this fight with a boxing record of 35-2-0 (30 KOs=86%) and he is ranked as the No.4 light flyweight in the world (currently the #1 in this division is Ken Shiro). He suffered two consecutive losses between 2013 and 2014, against Kazuto Ioka (Ioka vs Alvarado) and Juan Carlos Reveco (4-stars fight, Reveco vs Alvarado), but since then he has won 17 bouts beating Randy Petalcorin (Felix Alvarado vs Randy Petalcorin) and Reiya Konishi in his last two.
His opponent, the Ibf minimumweight champ DeeJay Kriel, has an official record of 16-1-1 (8 knockouts) and he entered as the No.17 in the same weight class. He suffered his only loss at his pro boxing debut against Colin Tloubatla but then he has collected 16 victories and one draw taking revenge on Tloubatla (in his second bout) and beating Carlos Licona (Carlos Licona vs DeeJay Kriel) and Jesus Fernando Aguirre in his last two. Kriel vs Alvarado is valid for the IBF World light-flyweight title; undercard of Ryan Garcia vs Luke Campbell. Watch the video and rate this fight!