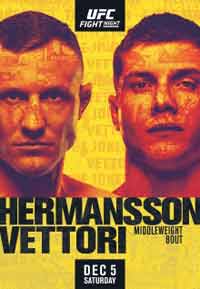 Review by AllTheBestFights.com: 2020-12-05, pretty good fight between Damon Jackson and Ilia Topuria: it gets three stars (take a look at our ranking of the best mma fights of 2020).
Damon Jackson entered this fight with a professional record of 18-3-1 (94% finishing rate) and he is ranked as the No.28 featherweight in the world. He lost to Movlid Khaybulaev last year (4-stars fight, Damon Jackson vs Movlid Khaybulaev), but then he has beat Mauro Chaulet and Mirsad Bektic.
His opponent, the undefeated Ilia Topuria, has a perfect mma record of 9-0-0 (89% finishing rate) and he entered as the No.106 in the same weight class. In his last three bouts he has won over Luis Gomez, Stephen Goncalves and Youssef Zalal. Topuria vs Jackson is on the undercard of Jack Hermansson vs Marvin Vettori – UFC on ESPN 19 (also known as UFC Vegas 16). Watch the video and rate this fight!

We are sorry, but since we have been contacted by “UFC – Zuffa”, we post only the Jackson Topuria highlights or amateur videos (as soon as we find it). If you have seen the full fight video you can rate it. THANKS!