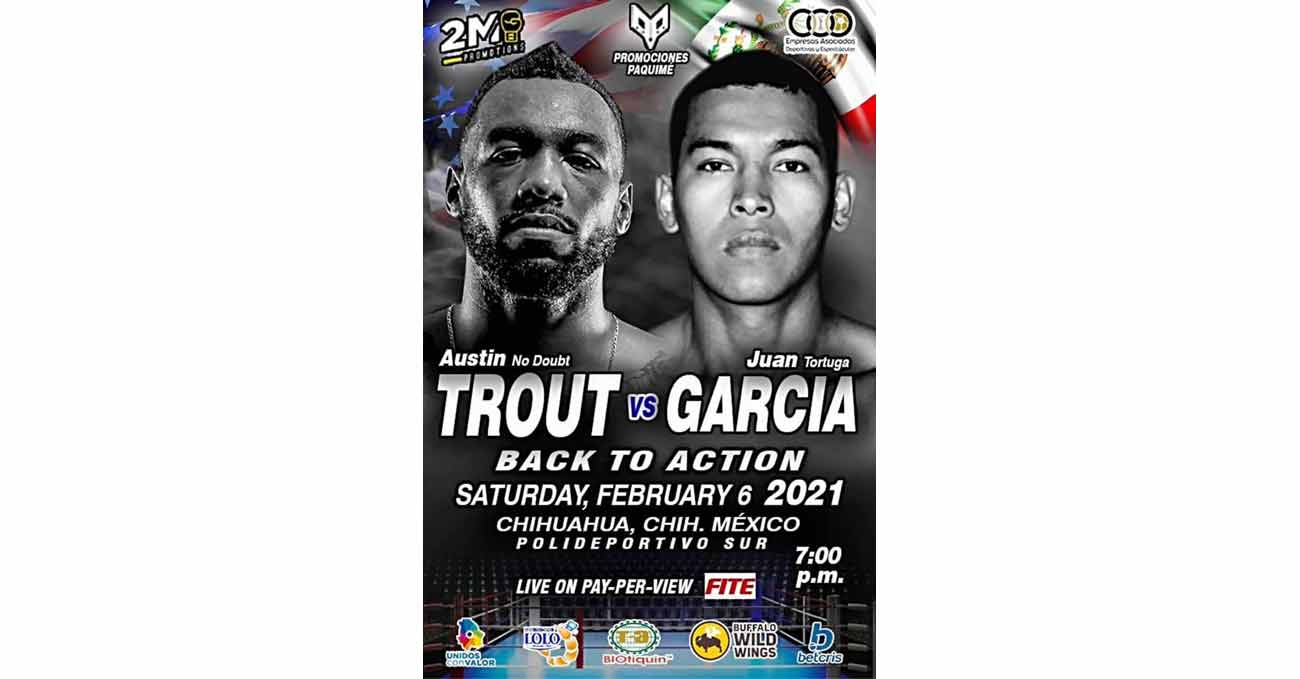 Review by AllTheBestFights.com: 2021-02-06, one sided boxing fight: Austin Trout vs Juan Garcia gets two stars. Garcia vs Trout is the main event of the evening in Chihuahua, Mexico. Watch the video and rate this fight!

His opponent, Juan Armando Garcia, has an official record of 21-7-2 (12 knockouts) but he is not ranked as he hasn’t fought since June 16, 2018 when he was defeated by Jessie Wilcox.
Before this match he had beat Alberto Jorge Morales Barba.