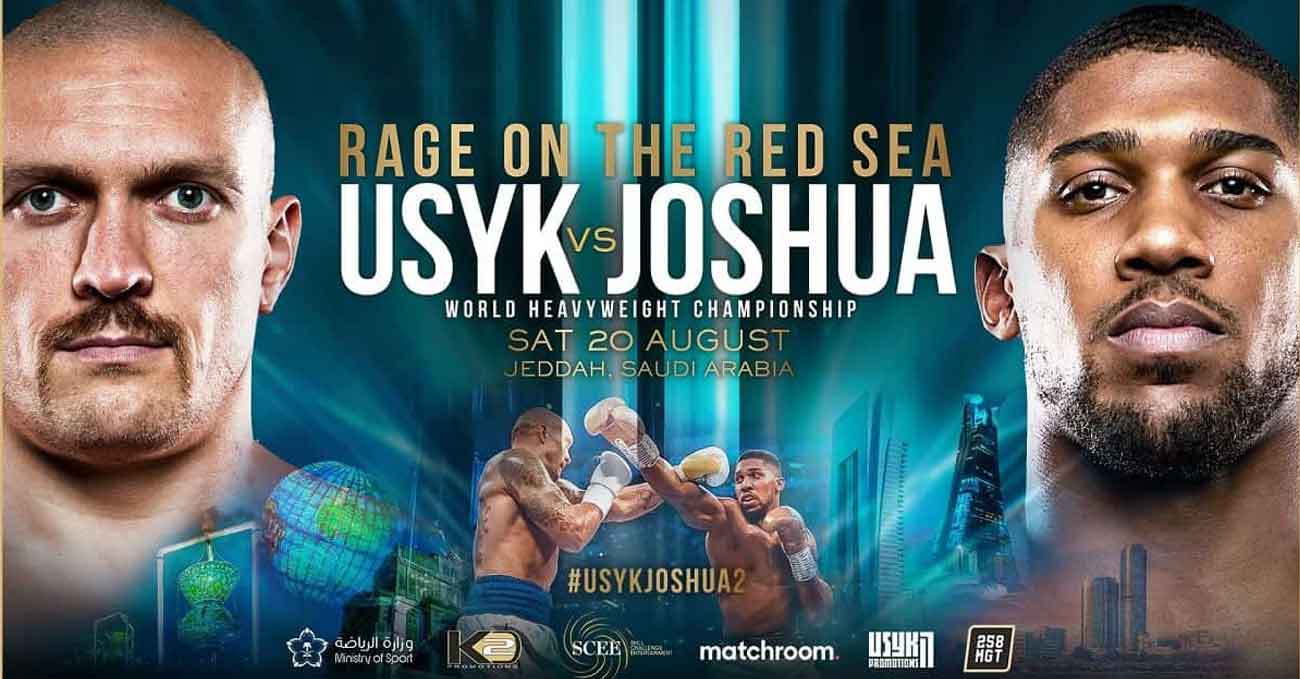 Review by AllTheBestFights.com: 2022-08-20, good boxing match: Oleksandr Usyk vs Anthony Joshua 2 gets three stars (take a look at our ranking of the Best Boxing Fights of 2022).
Joshua vs Usyk 2 is scheduled to take place Saturday, August 20th, at the Jeddah Superdome in Jeddah (Saudi Arabia), in a 12-round heavyweight (over 200 lbs, 90.7 kg) bout; it is the main event of the evening and it is valid for the IBF, WBA, WBO and IBO World heavyweight titles (Usyk’s first defense). Watch the video and rate this fight!

Before the bout take place, you can watch the official preview videos ‘The Making Of’, press conference, weigh-in (on Friday) etc, or discover how to watch Usyk vs Joshua 2 on tv, the fight time and the card.