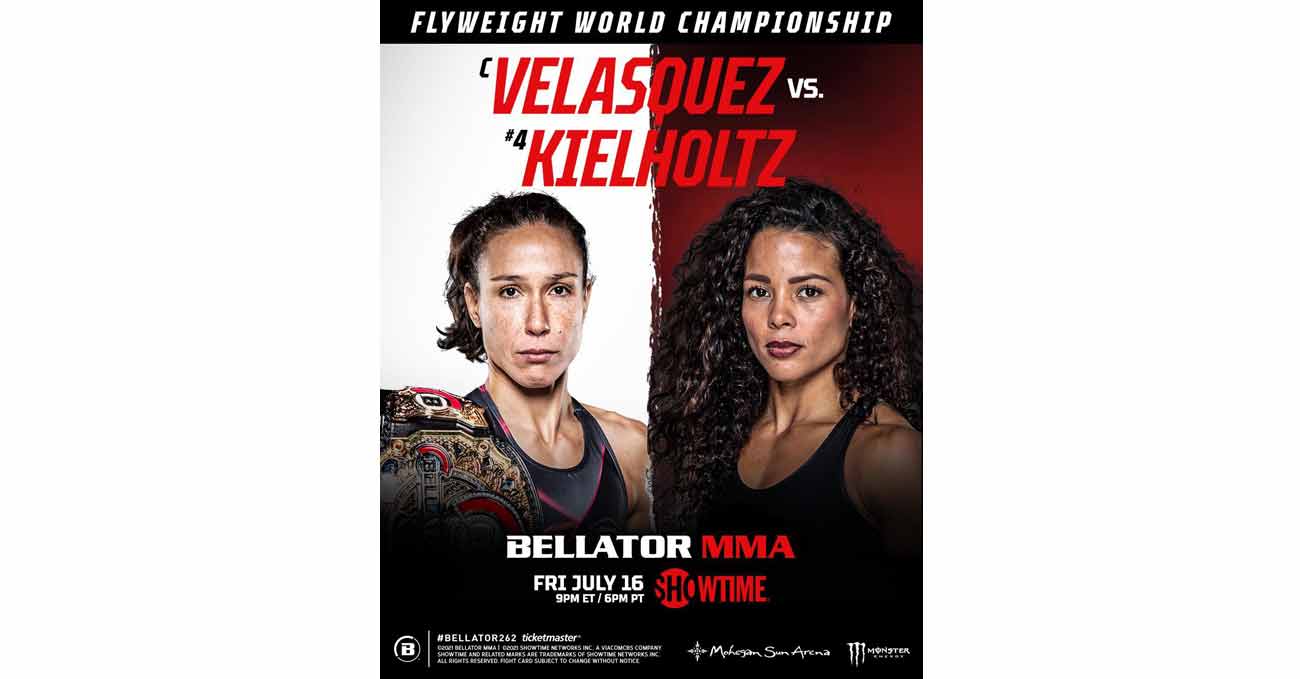 Review by AllTheBestFights.com: 2021-07-16, disappointing mma fight: Juliana Velasquez vs Denise Kielholtz gets two stars (take a look at our ranking of the Best Mma Fights of 2021).
Kielholtz vs Velasquez, main event of Bellator 262, is valid for the Bellator MMA women’s flyweight title (Velasquez’s first defense). Watch the video and rate this fight!

Her opponent, the black belt in judo, current Bellator Kickboxing and former Enfusion Live, WMTA muay thai champ Denise Kielholtz, has an official mma record of 6-2-0 (83% finishing rate) and she entered as the No.29 in the women’s flyweight division.
She lost to Veta Arteaga in 2018 but then she has won four consecutive bouts defeating Kristina Williams and Kate Jackson in her last two.