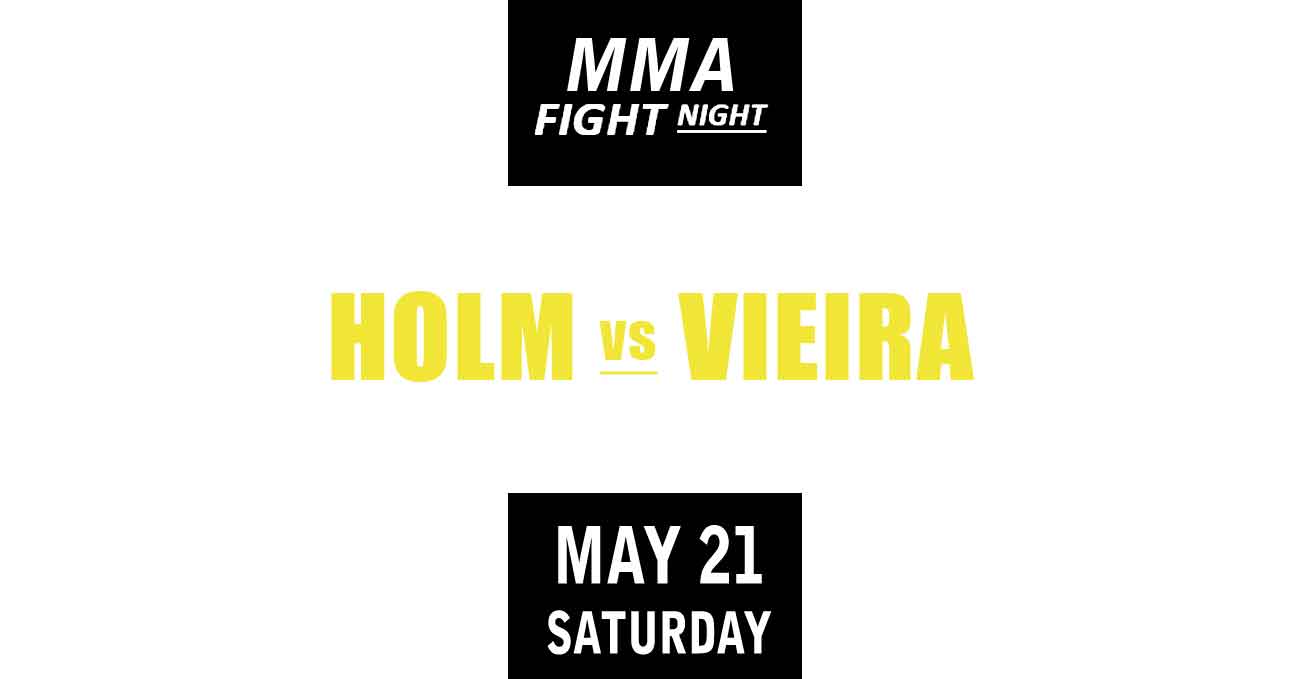 Review by AllTheBestFights.com: 2022-05-21, mma fight not particularly good: Holly Holm vs Ketlen Vieira gets two stars (take a look at our ranking of the Best Mma Fights of 2022).
Vieira vs Holm is the main event of UFC Vegas 55 (also known as UFC Fight Night 206 or UFC on ESPN+ 64). Watch the video and rate this fight!

The former Ufc and Wbc, Wba, Wbf, Iba boxing champ Holly Holm entered this fight with a pro mma record of 14-5-0 (57% ko/tko victory rate – she has never won via submission) but she is not ranked as she hasn’t fought since 2020.
She lost to Amanda Nunes in 2019 (Amanda Nunes vs Holly Holm) but then she has beat Raquel Pennington (Holly Holm vs Raquel Pennington 2) and Irene Aldana (Holly Holm vs Irene Aldana).
But if you want to watch Holm’s best fights, here are two matches ranked in the top 10 Users’ mma Fights of the Year of 2014 and 2015: