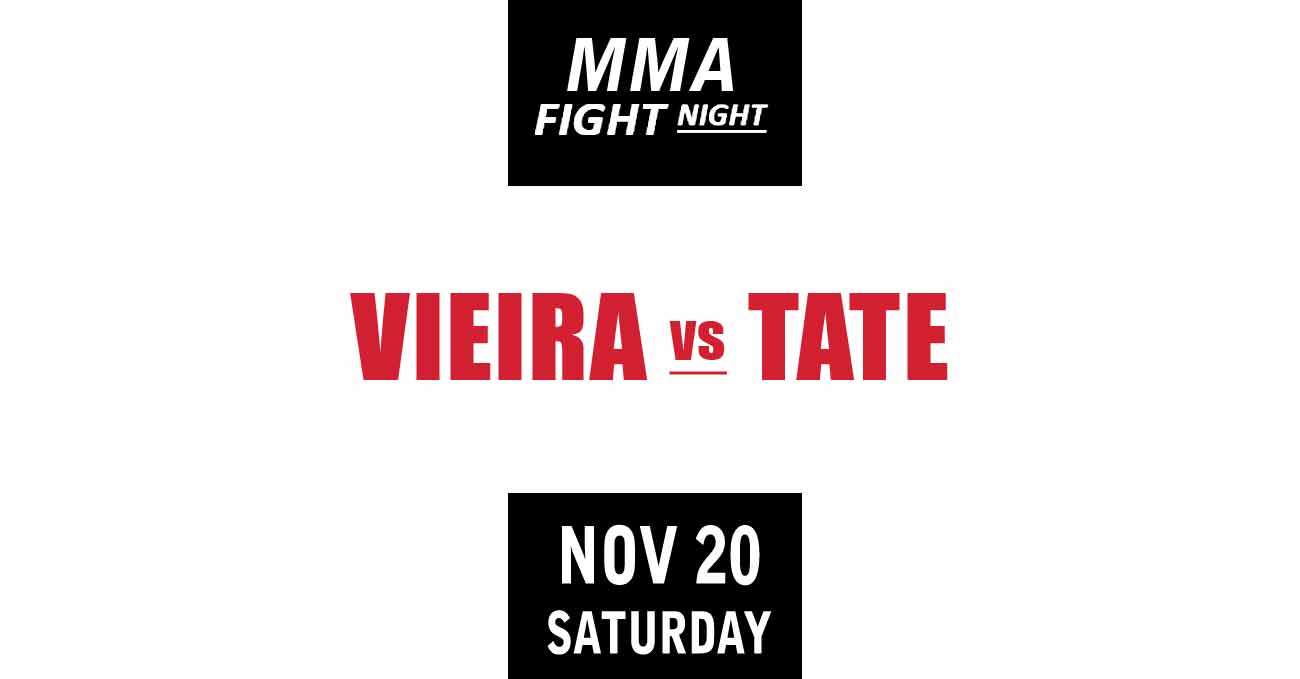 Review by AllTheBestFights.com: 2021-11-20, disappointing mma fight: Ketlen Vieira vs Miesha Tate gets two stars (take a look at our ranking of the Best Mma Fights of 2021).
Tate vs Vieira is the main event of UFC Vegas 43 (also known as UFC on ESPN+ 56 or UFC Fight Night 198). Watch the video and rate this fight!

The black belt in Brazilian jiu-jitsu and judo Ketlen Vieira entered this fight with a professional mma record of 11-2-0 (55% finishing rate) and she is ranked as the No.12 women’s bantamweight in the world.
She lost two out of her last three matches, against Irene Aldana in 2019 and Yana Kunitskaya in 2021 (Ketlen Vieira vs Yana Kunitskaya); between these two bouts she beat Sijara Eubanks.

Her opponent, the former Strikeforce and Ufc Bw champion Miesha Tate, has an official record of 19-7-0 (58% finishing rate) and she entered as the No.6 in the women’s bantamweight division.
She lost two consecutive fights in 2016, against Amanda Nunes (Miesha Tate vs Amanda Nunes) and Raquel Pennington (Miesha Tate vs Raquel Pennington), but then she came back to win with Marion Reneau in July 2021 (Marion Reneau vs Miesha Tate).
Among the best fights of Tate we suggest these of 2012 and 2013: