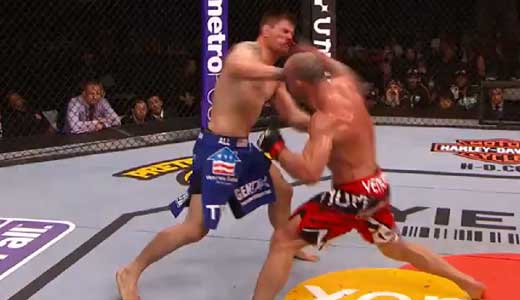 Review: 2013-03-03, fast and furious start with tremendous exchanges, two knockdowns and Silva seems to be back at Pride Fc…the first period is simply amazing (could be a candidate for Round of the Year); then the pace slows down but the end of the bout is outstanding: Silva vs Stann is definitely one of the best mma fights of 2013 (UFC Fight & ko of the Night). Wanderlei Silva (34-12-1) entered as the No.25 middleweight in the world while Brian Stann (12-5-0) entered as the No.18. Silva vs Stann is the main event of UFC on Fuel TV 8. Watch the video!

(This is a free embeddable highlights video hosted on Youtube)