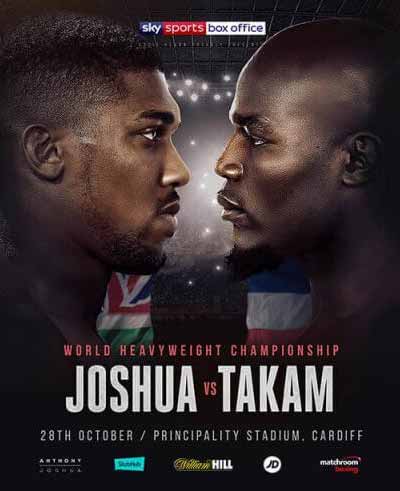 Review by AllTheBestFights.com: 2017-10-28, fight not particularly good between Dillian Whyte and Robert Helenius: it gets two stars.

Dillian Whyte entered this fight with a pro record of 21-1-0 (16 KOs=76%) and he is ranked as the No.18 heavyweight in the world. He suffered his only loss when he faced Anthony Joshua last year (4-stars fight, Joshua vs Whyte, curiously Whyte defeated Joshua by unanimous decision in his first amateur bout in 2009), after this fight he has won five bouts beating Dereck Chisora (=Chisora vs Whyte) and Malcolm Tann in his last two.
His opponent, Robert Helenius, has a boxing record of 25-1-0 (16 knockouts) and he entered as the No.24 in the same weight class. He lost to Johann Duhaupas last year (=Helenius vs Duhaupas) but then he has won over Konstantin Airich, Gonzalo Omar Basile and Evgeny Orlov. Whyte vs Helenius is valid for the vacant WBC Silver heavyweight title; undercard of Anthony Joshua vs Carlos Takam. Watch the video and rate this fight!