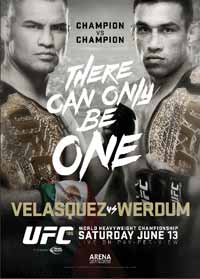 Review by AllTheBestFights.com: 2015-06-13, great start between Alejandro Perez and Patrick Williams: it gets three stars (UFC Performance of the Night).

Alejandro Perez entered this fight with a professional mma record of 15-5-0 (73% finishing rate) while his opponent, Patrick Williams, has an official record of 7-4-0 (86% finishing rate). Perez vs Williams is on the undercard of Cain Velasquez vs Fabricio Werdum – UFC 188. Watch the video and rate this fight!