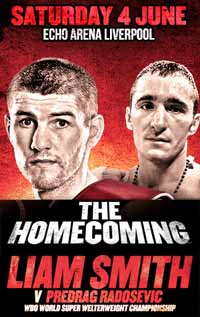 Review by AllTheBestFights.com: 2016-06-04, fight not so exciting between Zolani Tete and Victor Ruiz: it gets two stars.

The former Ibf super-Flw champion Zolani Tete entered this fight with a pro boxing record of 23-3-0 (19 KOs=83%) and he is ranked as the No.3 super flyweight in the world (currently the #1 in this division is Naoya Inoue). He suffered his last loss when he faced Roberto Domingo Sosa in 2012 (=Sosa vs Tete), since then he has won seven consecutive bouts beating Jose Santos Gonzalez in 2016 (=Tete vs Gonzalez).
His opponent, Victor Ruiz, has an official boxing record of 21-5-0 (15 knockouts) and he entered as the No.37 in the same weight class. He lost to McWilliams Arroyo last year but then he has won over Felix Rubio, Daiki Kameda and Adan Osuna. Tete vs Ruiz is valid for the IBF International bantamweight title; undercard of Liam Smith vs Predrag Radosevic. Watch the video and rate this fight!