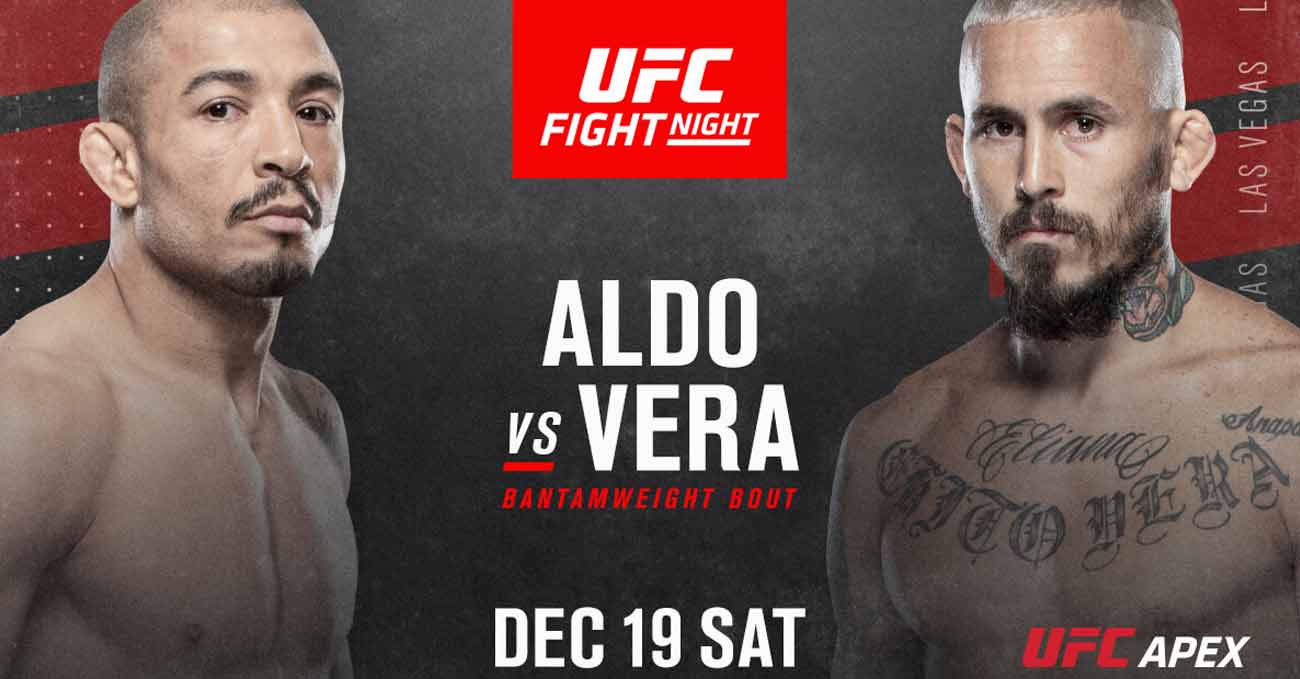 Review by AllTheBestFights.com: 2020-12-19, disappointing fight between Jose Aldo and Marlon Vera: it gets two stars (take a look at our ranking of the best mma fights of 2020).
The black belt in Brazilian jiu-jitsu and former Ufc Fw champion Jose Aldo entered this fight with a pro mma record of 28-7-0 (64% finishing rate) and he is ranked as the No.6 bantamweight in the world but he comes off three consecutive losses, the last one with current #1 in this division Petr Yan (Petr Yan vs Jose Aldo). His last victory was against Renato Moicano in February 2019 (Jose Aldo vs Renato Moicano Carneiro) but if you want to watch Aldo’s best fights, here are two bouts ranked in the top 10 Users’ mma Fight of the year of 2011 and 2012, Jose Aldo vs Mark Hominick and Jose Aldo vs Chad Mendes, but also the unforgettable 4-stars fight Jose Aldo vs Conor McGregor.
His opponent, the black belt in Bjj Marlon Vera, has a record of 16-6-1 (87% finishing rate) and he entered as the No.17 in the same weight class. He has already fought twice in 2020 losing to Yadong Song (Marlon Vera vs Yadong Song) and beating Sean O’Malley (Sean O’Malley vs Marlon Vera). Vera vs Aldo is on the undercard of Stephen Thompson vs Geoff Neal – UFC Fight Night 183 (also known as UFC on ESPN+ 41 or UFC Vegas 17). Watch the video and rate this fight!

We are sorry, but since we have been contacted by “UFC – Zuffa”, we post only the Aldo Vera highlights or amateur videos (as soon as we find it). If you have seen the full fight video you can rate it. THANKS!