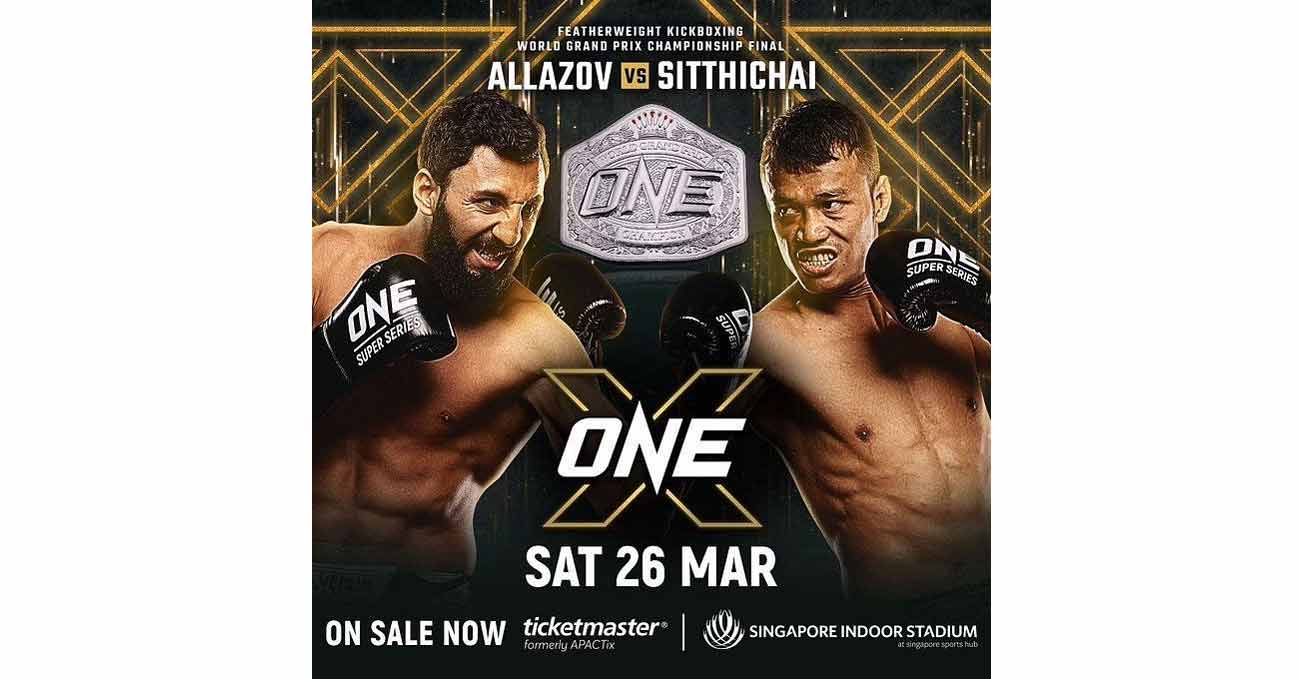 Review by AllTheBestFights.com: 2022-03-26, good kickboxing fight: Sitthichai Sitsongpeenong vs Chingiz Allazov 2 gets three stars (take a look at our ranking of the Best Kickboxing Fights of 2022).
In their first match Sitthichai defeated Allazov at the extra round (January 225, 2014), this second fight is the final of the ONE Kickboxing featherweight Grand Prix tournament; undercard of Angela Lee vs Nong Stamp Fairtex – ONE X. Watch the video and rate this fight!

His opponent, the former Wako-Pro and K-1 super-Ww world champion Chingiz Allazov, has an official record of 58-5-0 (36 knockouts) and he entered as the No.5 in the super welterweight division.
He lost to Enriko Kehl in 2021 but then he has beat Samy Sana and Jo Nattawut (Jo Nattawut vs Chingiz Allazov).
Among the best fights of Allazov we suggest these two: