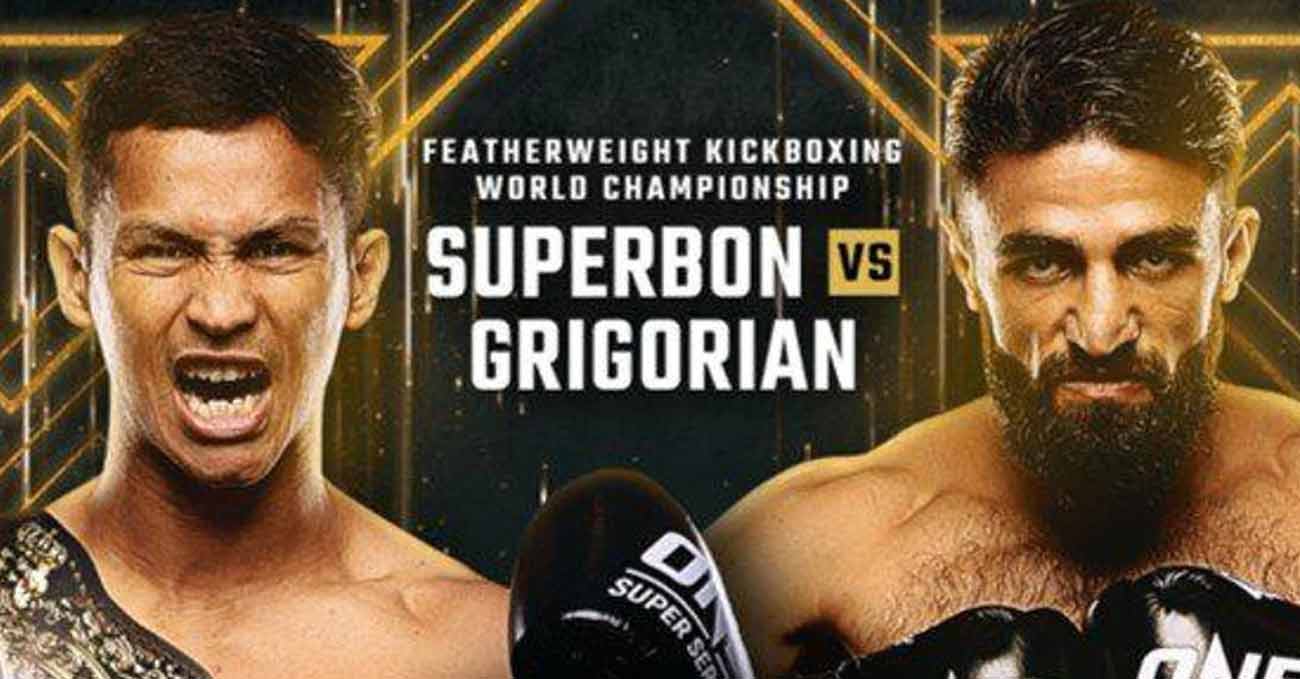 Review by AllTheBestFights.com: 2022-03-26, kickboxing fight not so exciting: Superbon Banchamek vs Marat Grigorian 2 gets two stars (take a look at our ranking of the Best Kickboxing Fights of 2022).
Grigorian vs Superbon 2 is valid for the ONE Kickboxing featherweight title (Superbon’s first defense); undercard of Angela Lee vs Nong Stamp Fairtex – ONE X. Watch the video and rate this fight!

The former Kunlun Fight and current One kickboxing Fw champ Superbon Banchamek entered this fight with a kickboxing record of 112-34-0 (27 knockouts) and he is ranked as the No.1 super-welterweight in the world.
He lost to Marat Grigorian in their first bout in 2018 (via ko in one round), but since then he has won eleven consecutive fights beating Sitthichai Sitsongpeenong (Sitthichai Sitsongpeenong vs Superbon Banchamek 3) and Giorgio Petrosyan in his last two (4-stars match and also ranked in the top 10 Users’ kickboxing Fights of the Year 2021, Giorgio Petrosyan vs Superbon Banchamek).