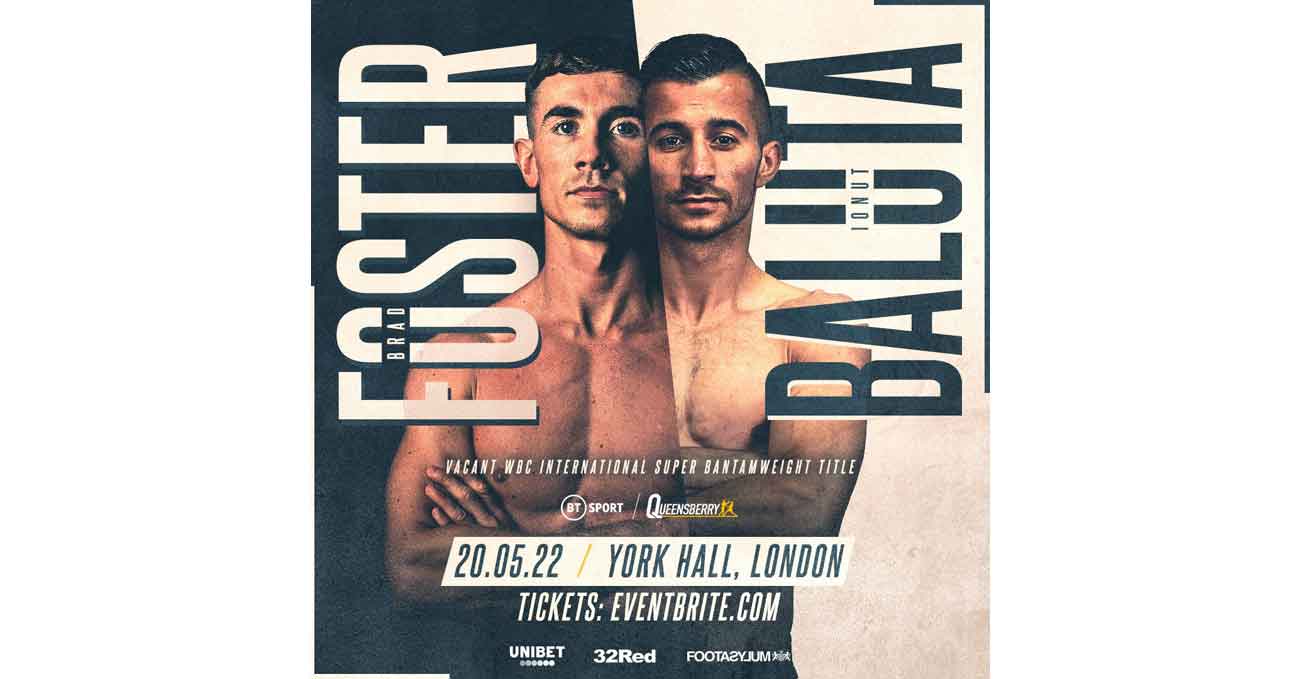 Review by AllTheBestFights.com: 2022-05-20, boxing fight not so exciting: Brad Foster vs Ionut Baluta gets two stars (take a look at our ranking of the Best Boxing Fights of 2022).
Baluta vs Foster is the main event of the evening and it is valid for the vacant WBC International super-bantamweight title. Watch the video and rate this fight!

Brad Foster entered this fight with a professional boxing record of 14-1-2 (5 knockouts) and he is ranked as the No.44 super bantamweight in the world.
In his last three fights he has beat James Beech Jnr and Alvaro Rodriguez but then he has suffered his first loss, against Jason Cunningham (Brad Foster vs Jason Cunningham).

His opponent, Ionut Baluta, has an official record of 14-3-0 (3 knockouts) but he is not ranked as he hasn’t fought for more than one year.
He beat TJ Doheny and David Oliver Joyce in 2020 but then he lost to Michael Conlan in 2021 (Michael Conlan vs Ionut Baluta).