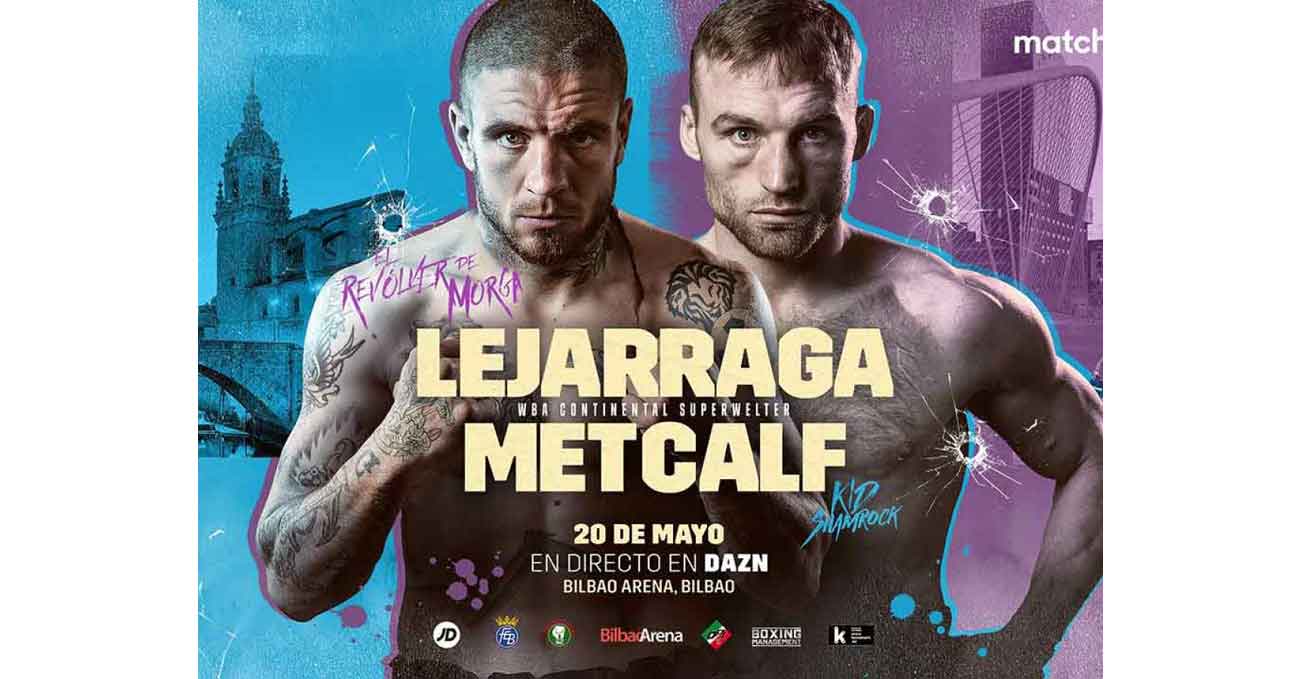 Review by AllTheBestFights.com: 2022-05-20, pretty good boxing fight: Kerman Lejarraga vs James Metcalf gets three stars (take a look at our ranking of the Best Boxing Fights of 2022).
Metcalf vs Lejarraga is the main event of the evening and it is valid for the vacant WBA Continental super-welterweight title. Watch the video and rate this fight!

His opponent, James Metcalf, has a record of 22-2-0 (14 knockouts) and he entered as the No.65 in the super welterweight division.
He lost two consecutive bouts last year, against Ted Cheeseman (Ted Cheeseman vs James Metcalf) and Kieron Conway but he came back to win with Evgenii Vazem in April 2022.