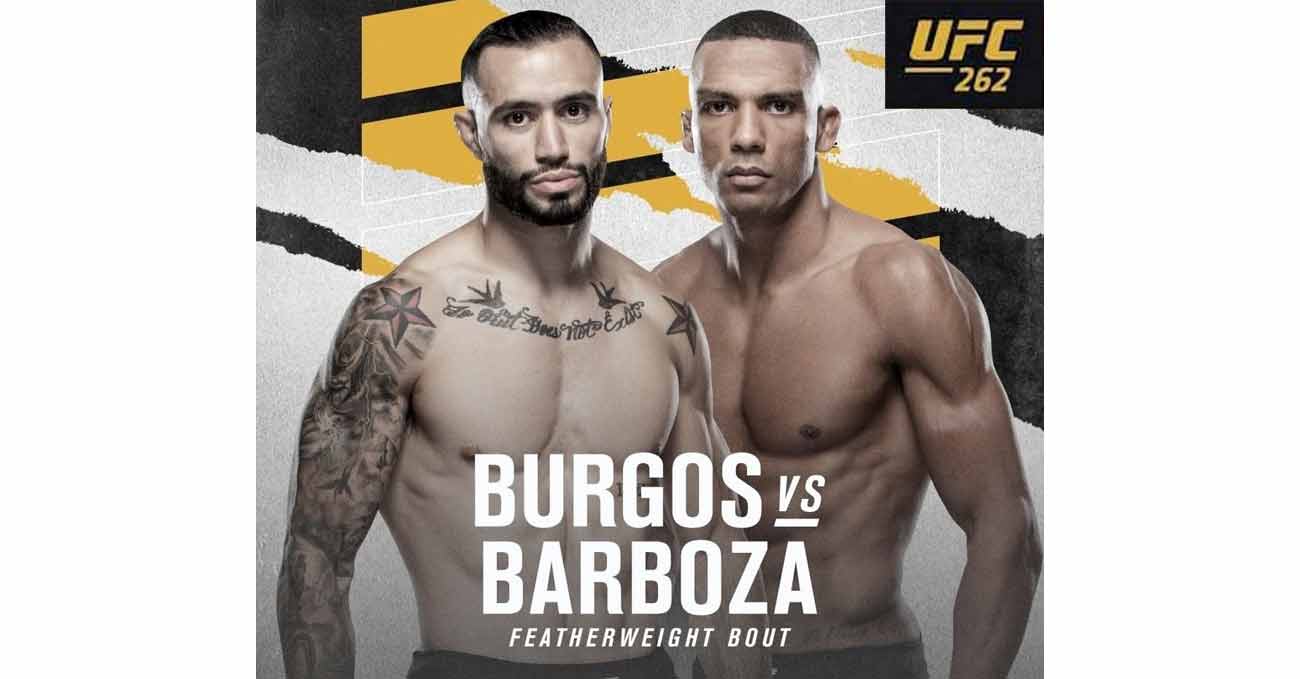 Review by AllTheBestFights.com: 2021-05-15, nice and tough exchanges: the mma fight Edson Barboza vs Shane Burgos gets three stars (UFC Fight of the Night – take a look at our ranking of the Best Mma Fights of 2021).
Burgos vs Barboza is on the undercard of Charles Oliveira vs Michael Chandler – UFC 262. Watch the video and rate this fight!

The black belt in tae-kwon-do Edson Barboza entered this fight with a pro record of 21-9-0 (62% finishing rate) and he is ranked as the No.9 featherweight in the world (currently the #1 in this division is Alexander Volkanovski).
He lost three consecutive bouts between 2019 and 2020, the last one with Dan Ige (Edson Barboza vs Dan Ige), but he came back to win against Makwan Amirkhani in October 2020 (Edson Barboza vs Makwan Amirkhani).

Selection of the best videos about the fight Edson Barboza vs Shane Burgos. If you have seen the full fight you can rate it at the bottom of this post.