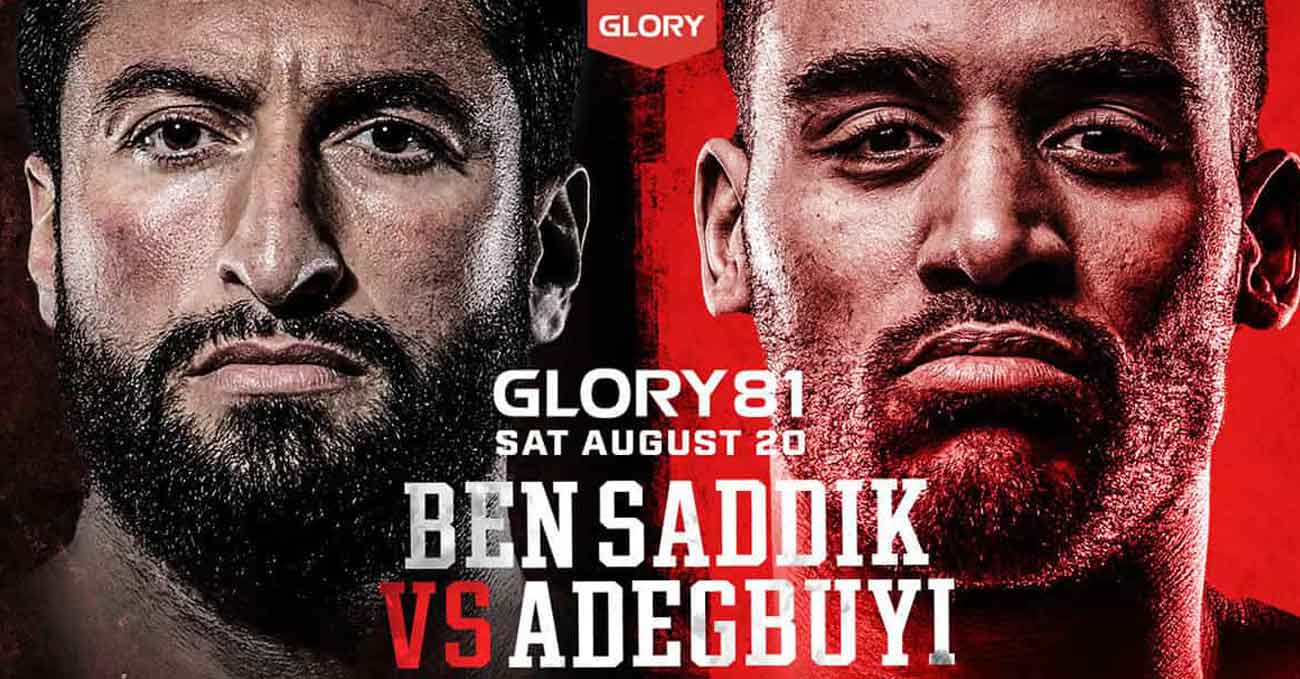 Review by AllTheBestFights.com: 2022-08-20, good pace and nice finish: the kickboxing match Jamal Ben Saddik vs Benjamin Adegbuyi 2 gets three stars (take a look at our ranking of the Best Kickboxing Fights of 2022).
Adegbuyi vs Ben Saddik 2 is scheduled to take place Saturday, August 20th, at the Castello in Dusseldorf (Germany), in a 3-round heavyweight (over 210 lbs, 95.5 kg) bout; it is valid for the Glory heavyweight championship eliminator and it is the main event of Glory 81. Watch the video and rate this fight!

Jamal Ben Saddik entered this fight with a professional kickboxing record of 36-9-0 (29 KOs=80%) and he is ranked as the No.3 heavyweight in the world.
In his last three bouts he has beat Guto Inocente and Benjamin Adegbuyi but then he has lost to current #1 Hw Rico Verhoeven in their third fight (4-stars match and also ranked in the top 10 Users’ kickboxing Fights of the Year 2021, Rico Verhoeven vs Jamal Ben Saddik 3).