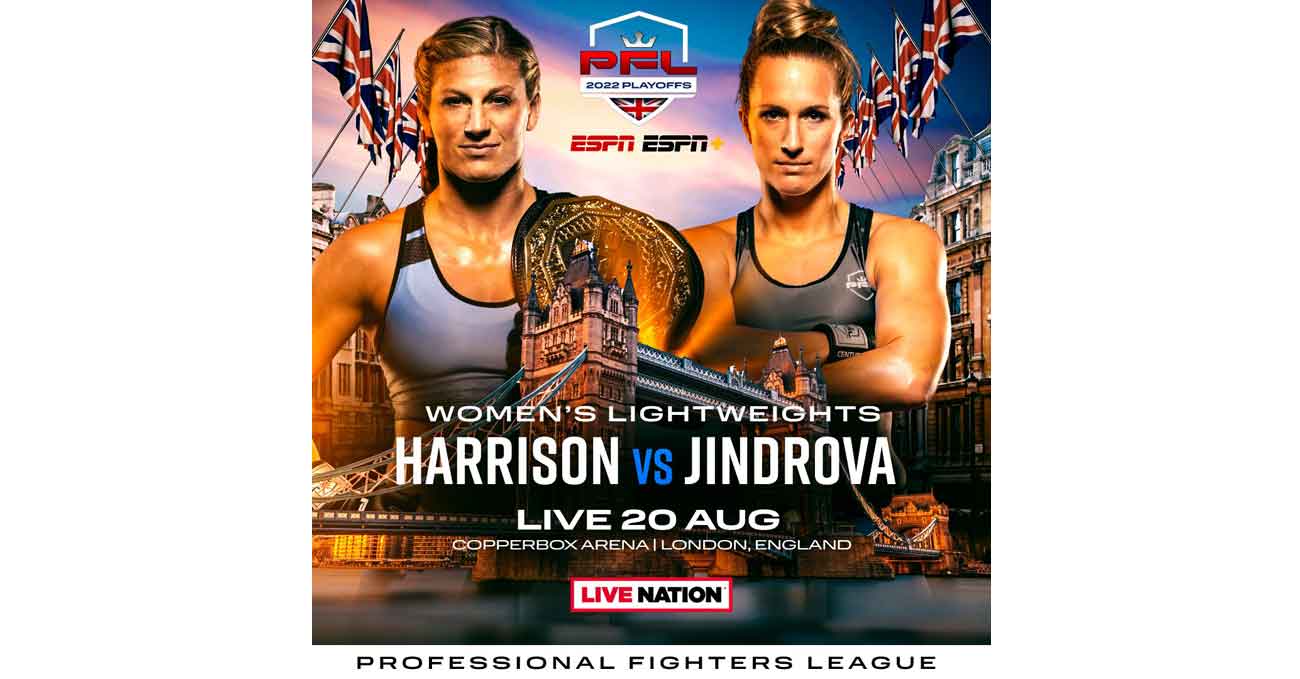 Review by AllTheBestFights.com: 2022-08-20, mma bout not so exciting: Kayla Harrison vs Martina Jindrova gets two stars (take a look at our ranking of the Best Mma Fights of 2022).
Jindrova vs Harrison is scheduled to take place Saturday, August 20th, at the Copper Box Arena in London (England – UK), in a 3-round lightweight (155 lbs, 70 kg) bout; it is the semifinal of the 2022 PFL women’s tournament and it is the main event of PFL 9 (Professional Fighters League). Watch the video and rate this fight!

Her opponent, Martina Jindrova, has an official record of 6-2-0 (50% finishing rate) and she entered as the No.17 women’s featherweight division.
She lost two consecutive bouts in 2021, against Tamires Vidal and Karolina Sobek, but then she has won over Jacqueline Cavalcanti, Vanessa Melo and Zamzagul Fayzallanova.