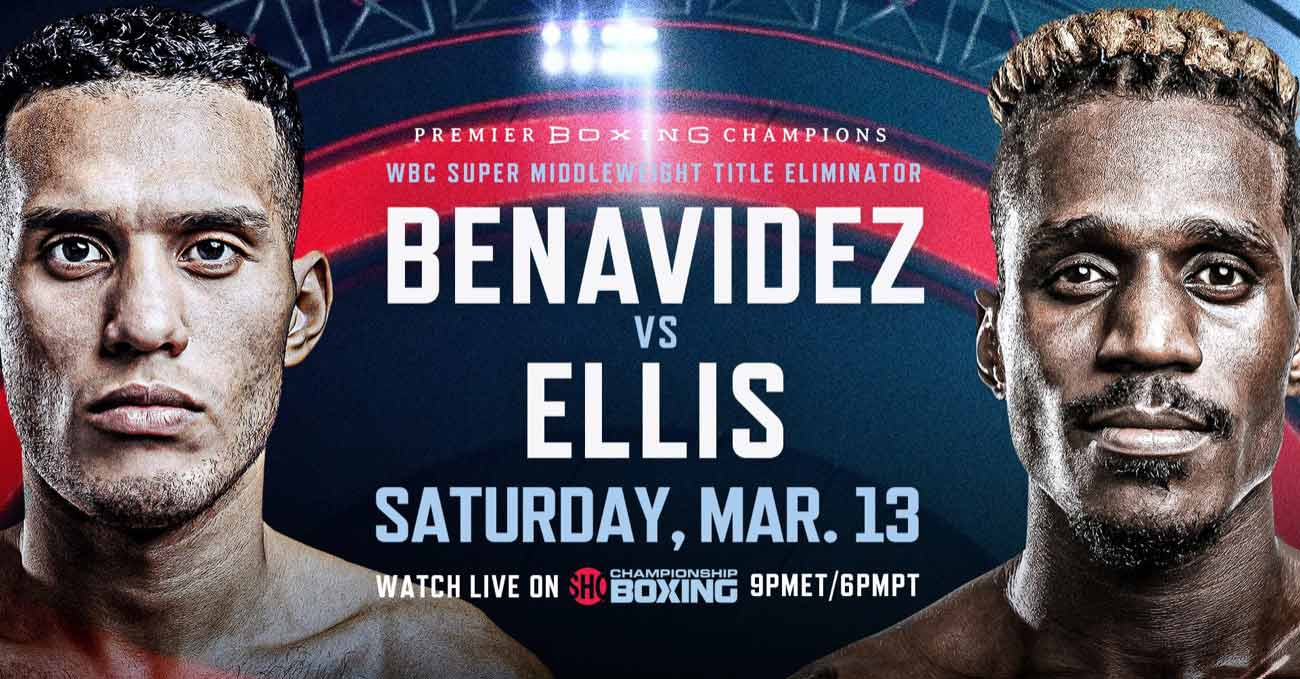 Review by AllTheBestFights.com: 2021-03-13, good boxing fight: David Benavidez vs Ronald Ellis gets three stars.
Ellis vs Benavidez, WBC super middleweight title eliminator, is the main event of the evening. Watch the video and rate this fight!

His opponent, Ronald Ellis, has an official boxing record of 18-1-2 (12 knockouts) and he entered as the No.31 in the super middleweight division.
He lost to DeAndre Ware in 2019 but then he has beat Immanuwel Aleem and Matt Korobov (Ronald Ellis vs Matt Korobov).

Selection of the best videos about the fight David Benavidez vs Ronald Ellis. If you have seen the full fight you can rate it at the bottom of this post.