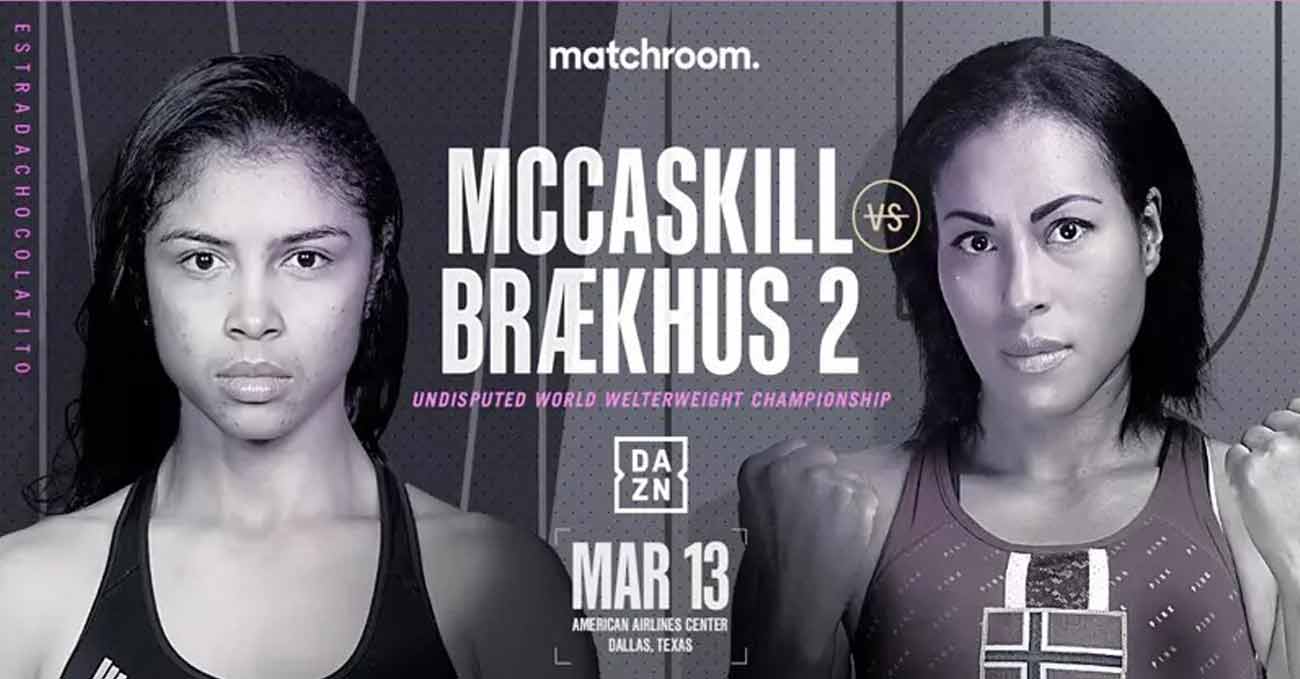 Review by AllTheBestFights.com: 2021-03-13, some good exchanges but also a lot of holding: the boxing fight Jessica McCaskill vs Cecilia Braekhus 2 gets two stars.
Braekhus 2 vs McCaskill is valid for the WBC, WBA, IBF, WBO and IBO World Female welterweight titles; undercard of Juan Francisco Estrada vs Roman Gonzalez 2. Watch the video and rate this fight!

The IBF, IBO, WBA, WBC and WBO champion Jessica McCaskill entered this fight with a boxing record of 9-2-0 (3 knockouts) and she is ranked as the No.1 welterweight in the world.
She lost to Katie Taylor in 2017 but then she has won four consecutive matches beating twice Erica Anabella Farias, and once Anahi Ester Sanchez and Cecilia Braekhus (via majority decision, Cecilia Braekhus vs Jessica McCaskill I).

Selection of the best videos about the fight Jessica McCaskill vs Cecilia Braekhus 2. If you have seen the full fight you can rate it at the bottom of this post.