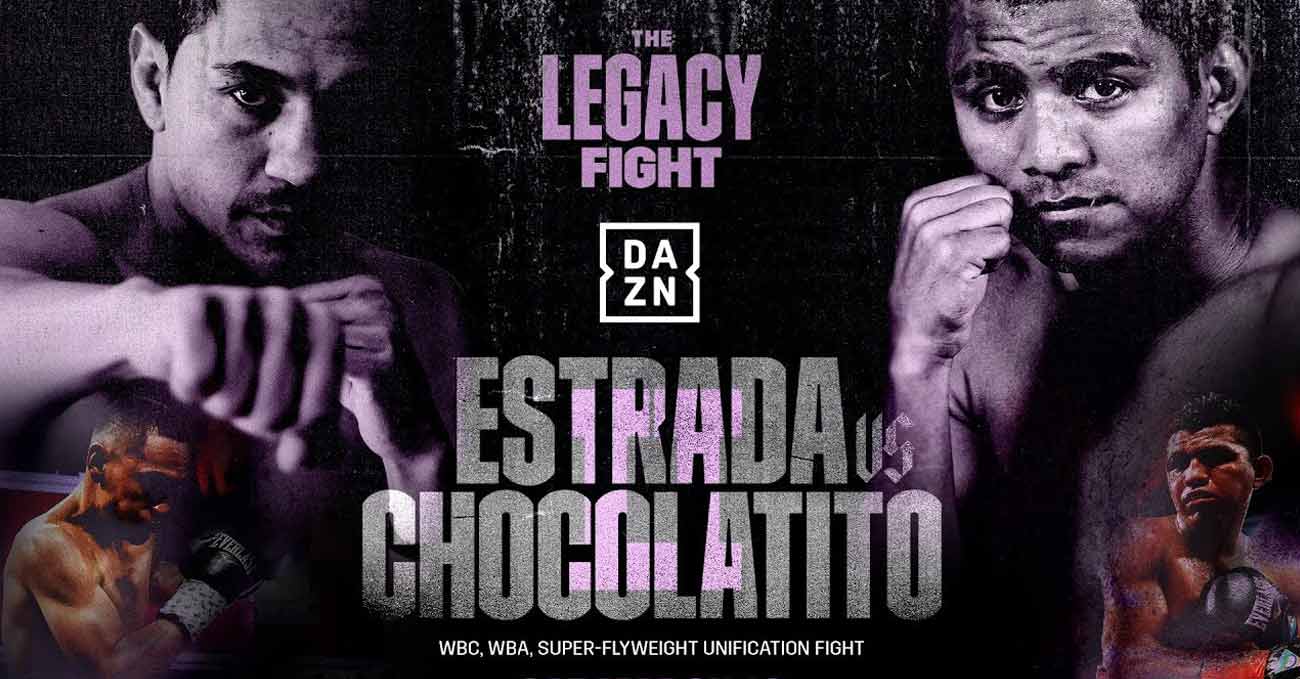 Review by AllTheBestFights.com: 2021-03-13, epic war thanks to a tremendous performance by both boxers: Juan Francisco Estrada vs Roman Gonzalez 2 is our first candidate for boxing Fight of the Year 2021 and it gets five stars!
Chocolatito vs Estrada 2 is the main event of the evening and it is valid for the WBC and WBA Super World super-flyweight titles; in their first fight Gonzalez defeated the Mexican via unanimous decision (Roman Gonzalez vs Juan Francisco Estrada I). Watch the video and rate this fight!

Selection of the best videos about the fight Juan Francisco Estrada vs Roman Gonzalez. If you have seen the full fight you can rate it at the bottom of this post.