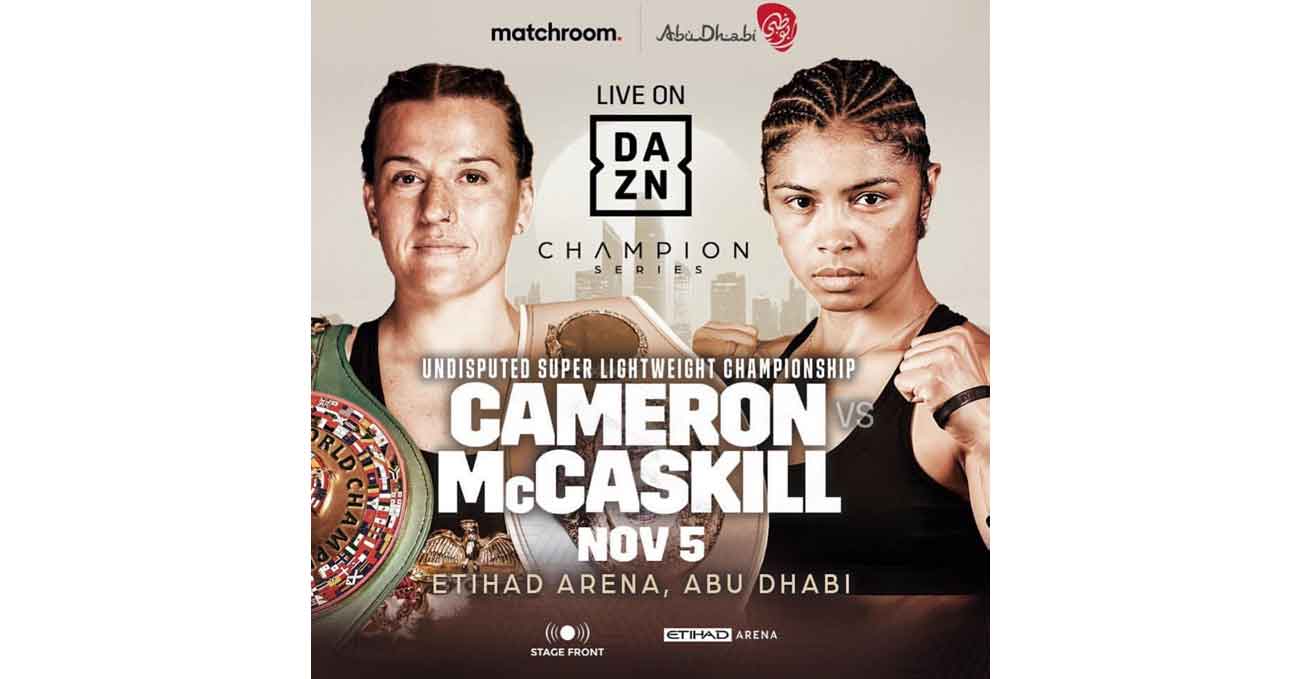 Review by AllTheBestFights.com: 2022-11-05, some good exchanges but it is not enough to get three stars: the boxing match Chantelle Cameron vs Jessica McCaskill gets two (take a look at our ranking of the Best Boxing Fights of 2022).
McCaskill vs Cameron is scheduled to take place Saturday, November 5th, at the Etihad Arena in Abu Dhabi (United Arab Emirates), in a 10-round light welterweight (140 lbs, 63.5 kg) bout; it is valid for the IBF, IBO, WBA, WBC and WBO World super-lightweight titles and it is on the undercard of Dmitrii Bivol vs Gilberto Ramirez. Watch the video and rate this fight!

The undefeated Ibf and Wbc super-Lw champ Chantelle Cameron entered this fight with a perfect record of 16-0-0 (8 knockouts) and she is ranked as the No.2 women’s light welterweight in the world.
In her last three fights she has beat Melissa Hernandez, Mary McGee (Chantelle Cameron vs Mary McGee) and Victoria Noelia Bustos.

Her opponent, the IBF, IBO, WBA, WBC and WBO Ww champion Jessica McCaskill, has a boxing record of 12-2-0 (5 knockouts) and she entered as the No.1 in the women’s light welterweight division.
She was defeated by Katie Taylor in 2017 but then she has won seven consecutive bouts beating Cecilia Braekhus (Jessica McCaskill vs Cecilia Braekhus 2), Kandi Wyatt and Alma Ibarra.