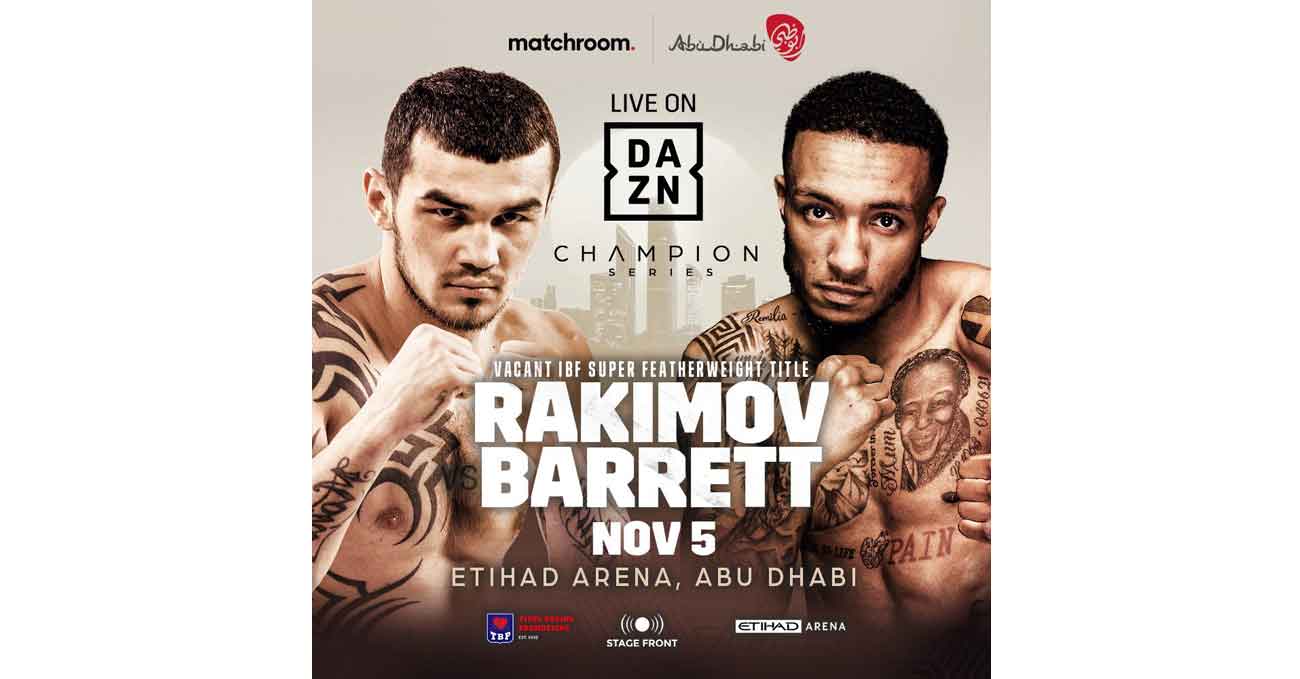 Review by AllTheBestFights.com: 2022-11-05, pretty good boxing match: Shavkatdzhon Rakhimov vs Zelfa Barrett gets three stars (take a look at our ranking of the Best Boxing Fights of 2022).
Barrett vs Rakhimov is scheduled to take place Saturday, November 5th, at the Etihad Arena in Abu Dhabi (United Arab Emirates), in a 12-round super featherweight (130 lbs, 59.0 kg) bout; it is valid for the vacant IBF World super-featherweight title and it is on the undercard of Dmitrii Bivol vs Gilberto Ramirez. Watch the video and rate this fight!

His opponent, Zelfa Barrett, has an official record of 28-1-0 (16 knockouts) and he entered as the No.8 in the super featherweight division.
He suffered his only loss when he faced Ronnie Clark in 2018 (via majority decision), since then he has won nine bouts defeating Kiko Martinez (Zelfa Barrett vs Kiko Martinez), Viorel Simion, Bruno Tarimo and Faroukh Kourbanov.