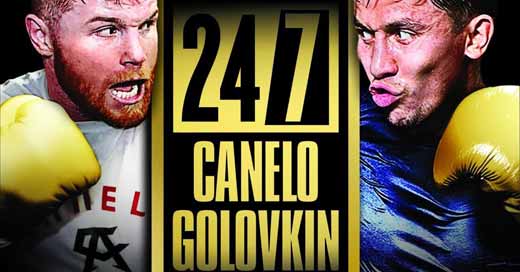 After the first episode of Canelo vs Golovkin 24/7 we have posted two weeks ago, HBO, following the Wbc super Flyweight championship bout Srisaket Sor Rungvisai vs Roman Gonzalez II, has aired the second episode of 24/7 Golovkin vs Canelo.

So if you want to know better the two boxers outside of the ring or through interviews and during their training camps you can’t miss the second episode of “24/7 Canelo vs Golovkin”!! (after the jump)