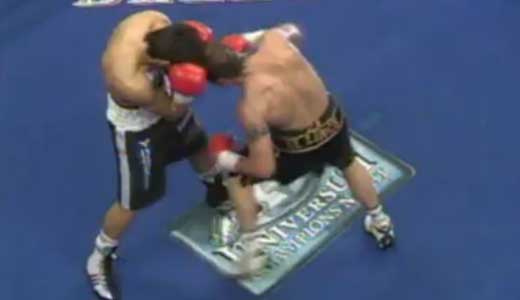 Review: the first fight between Castillejo and Sturm was one of the greatest and surprising fights of 2006. Felix Sturm defended his WBA World middleweight title (won against Maselino Masoe) for the first time and had lost only once in his career (against Oscar De La Hoya); Javier Castillejo seemed to be an easy opponent as it was 39 years old, 11 more than Sturm, and had already suffered 6 defeats (but also 60 victories). And already in the second round, “El Lince” Castillejo knocked down Sturm, that managed to recover and the fight goes on… Watch the video!