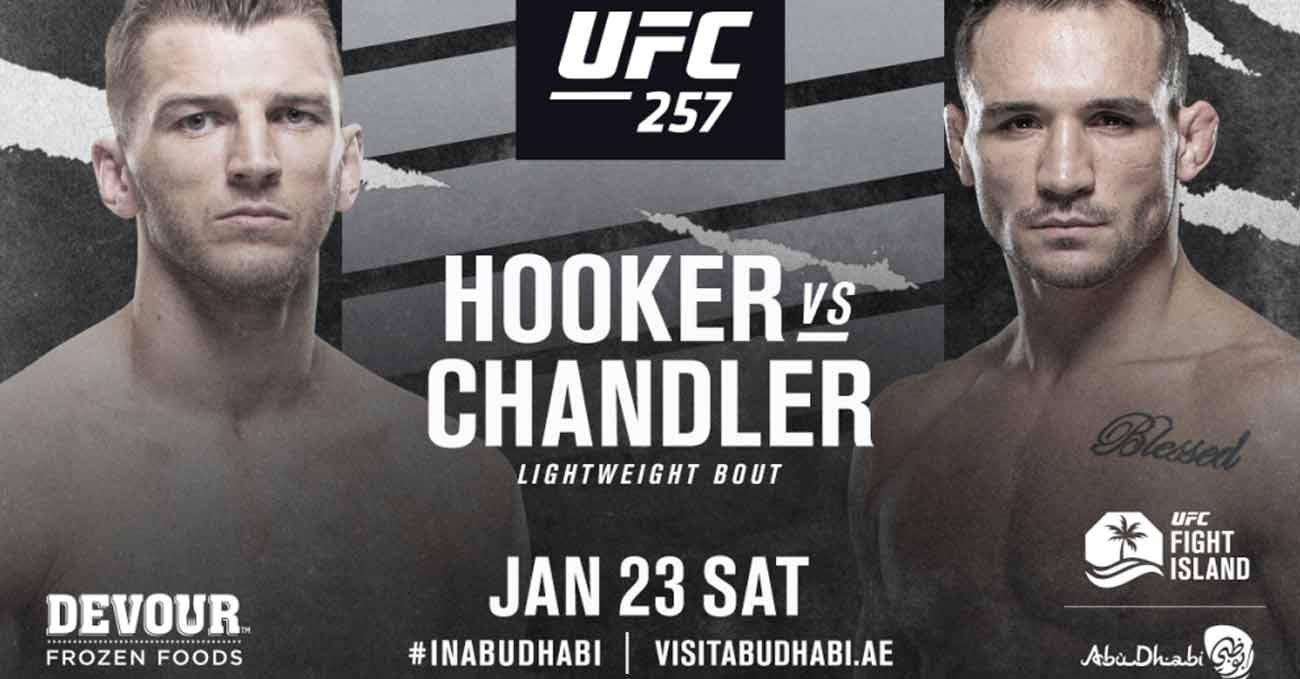 Review by AllTheBestFights.com: 2021-01-23, Michael Chandler vs Dan Hooker gets three stars thanks to a good finish (UFC Performance of the Night).
The former Bellator Lw champion Michael Chandler entered this fight with a pro mma record of 21-5-0 (76% finishing rate) and he is ranked as the No.9 lightweight in the world (currently the #1 in this division is Justin Gaethje, since Khabib Nurmagomedov has retired after their fight in October 2020, Khabib Nurmagomedov vs Justin Gaethje). He lost to Patricio Pitbull Freire in 2019 (Michael Chandler vs Patricio Freire), but then he has won over Sidney Outlaw (Michael Chandler vs Sidney Outlaw) and Benson Henderson in their rematch (Michael Chandler vs Benson Henderson 2). If you want to watch one fight with Chandler that has been rated with 4 stars and has been ranked in the top 10 Users’ Fights of the Year of 2011, we suggest Michael Chandler vs Eddie Alvarez.
His opponent, Dan Hooker, has a record of 20-9-0 (85% finishing rate) and he entered as the No.7 in the same weight class. He fought twice last year beating Paul Felder (controversial split decision, Paul Felder vs Dan Hooker) and losing to Dustin Poirier (Dustin Poirier vs Dan Hooker). Hooker vs Chandler is on the undercard of Conor McGregor vs Dustin Poirier 2 – UFC 257. Watch the video and rate this fight!