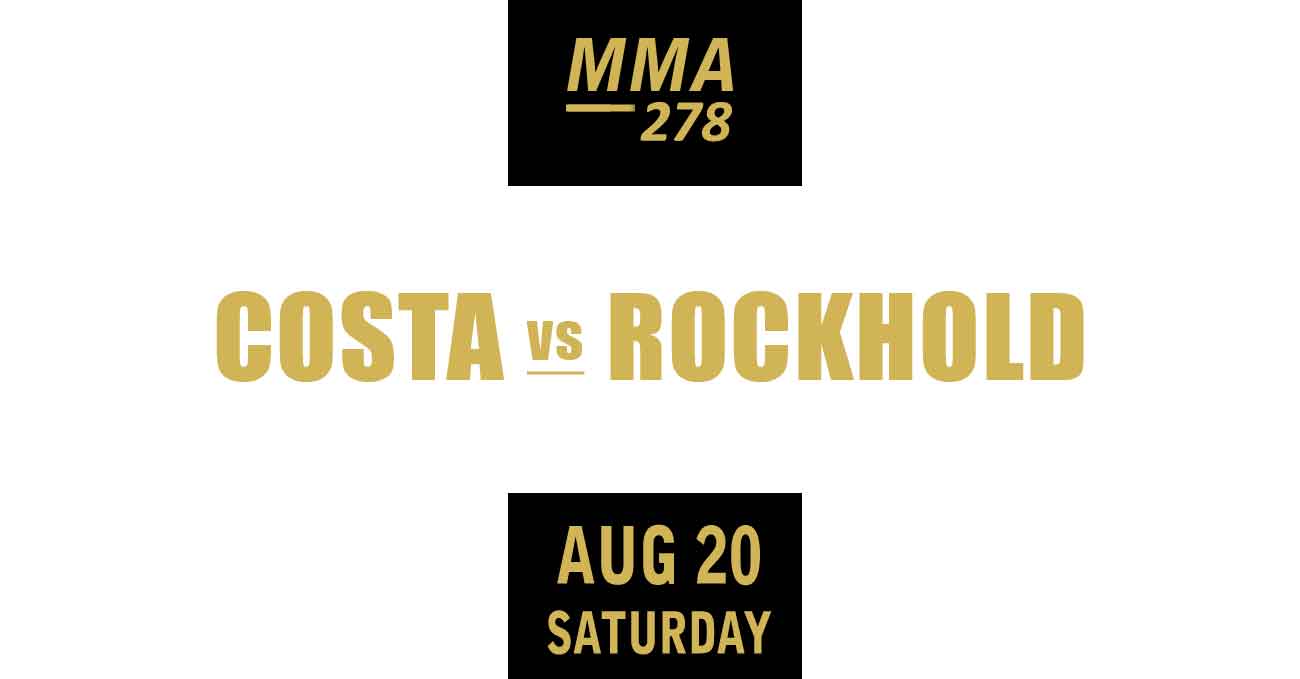 Review by AllTheBestFights.com: 2022-08-20, tough and entertaining mma bout: Paulo Costa vs Luke Rockhold is close to get four stars (UFC Fight of the Night – take a look at our ranking of the Best Mma Fights of 2022).
Rockhold vs Costa is scheduled to take place Saturday, August 20th, at the Vivint Arena in Salt Lake City (Utah, USA), in a 3-round middleweight (185 lbs, 84 kg) bout; undercard of Kamaru Usman vs Leon Edwards 2 – UFC 278. Watch the video and rate this fight!

The the black belt in Brazilian jiu-jitsu Paulo Henrique Borrachinha Costa entered this fight with a mma record of 13-2-0 (92% finishing rate) and he is ranked as the No.14 middleweight in the world.
In his last three bouts he has beat Yoel Romero (4-stars fight, Yoel Romero vs Paulo Costa) but then he has lost two consecutive fights, against current #1 Mw Ufc champion Israel Adesanya (Israel Adesanya vs Paulo Costa) and with Marvin Vettori (Paulo Costa vs Marvin Vettori).