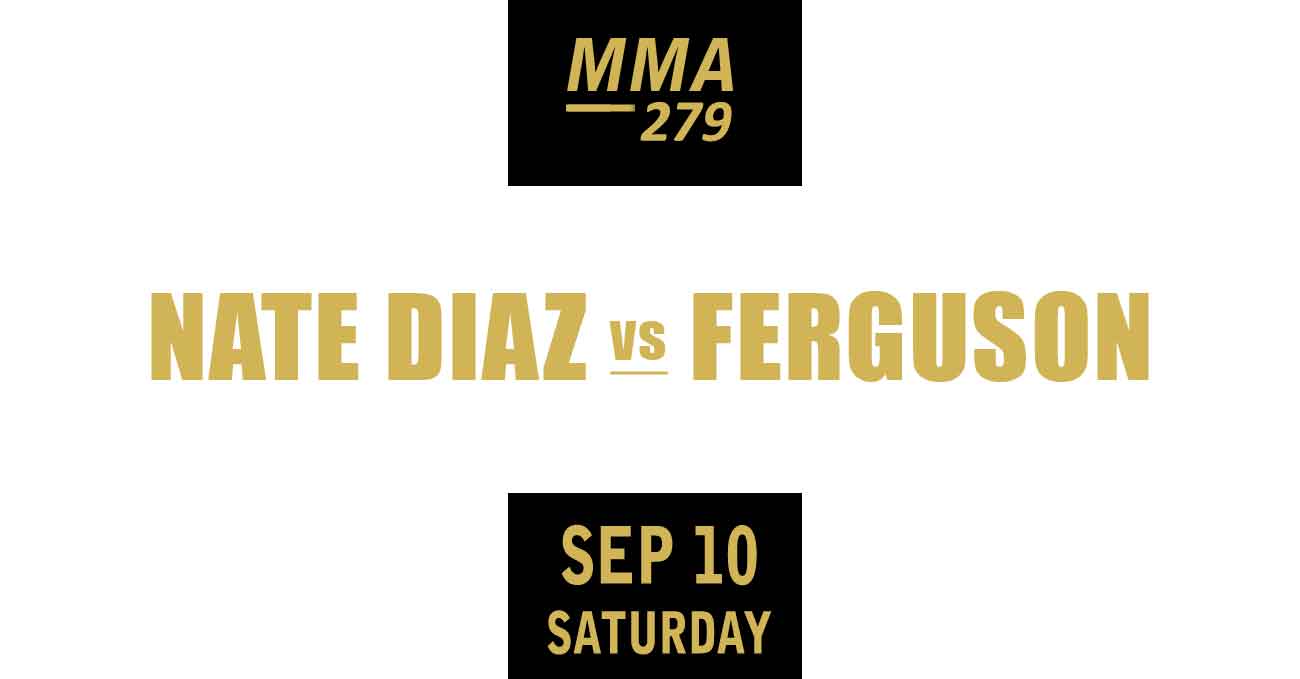 Review by AllTheBestFights.com: 2022-09-10, good mma bout: Nate Diaz vs Tony Ferguson gets three stars (UFC Performance of the Night – take a look at our ranking of the Best Mma Fights of 2022).
Ferguson vs Diaz is scheduled to take place Saturday, September 10th, at the T-Mobile Arena in Las Vegas (Nevada, United States), in a 5-round welterweight (170 lbs, 77 kg) bout; it is the main event of UFC 279 (on the original fight card Diaz had to face Chimaev but the Russian missed weight Khamzat Chimaev vs Nate Diaz). Watch the video and rate this fight!

His opponent, the black belt in Brazilian jiu-jitsu and Tuf 5 Lw tournament winner Nate Diaz, has an official record of 20-13-0 (80% finishing rate) and he entered as the No.54 in the welterweight division.
He won just one out of his last four bouts, against Anthony Pettis in 2019 (Anthony Pettis vs Nate Diaz); after this match he has lost to Jorge Masvidal (Jorge Masvidal vs Nate Diaz) and Leon Edwards (Leon Edwards vs Nate Diaz).
Among the best fights of Diaz we also suggest the first match with Conor McGregor that we rated with four stars and it was also ranked in the top 10 Users’ mma Fights of the Year 2016: Conor McGregor vs Nate Diaz I.