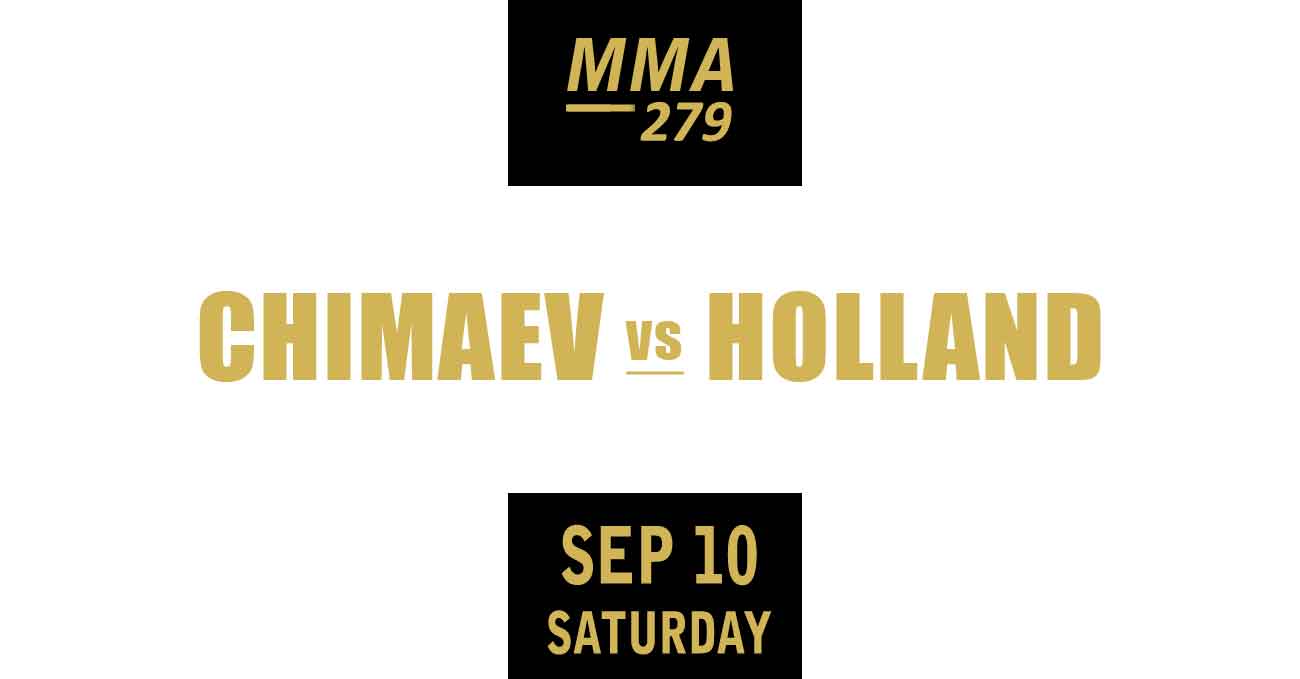 Review by AllTheBestFights.com: 2022-09-10, good start and nice finish: the mma bout Khamzat Chimaev vs Kevin Holland gets three stars (take a look at our ranking of the Best Mma Fights of 2022).
Holland vs Chimaev is scheduled to take place Saturday, September 10th, at the T-Mobile Arena in Las Vegas (Nevada, United States), in a 5-round catchweight (180 lbs, 81.6 kg) bout; undercard of Nate Diaz vs Tony Ferguson – UFC 279 (on the original fight card Chimaev had to face Diaz but Khamzat missed weight Khamzat Chimaev vs Nate Diaz). Watch the video and rate this fight!