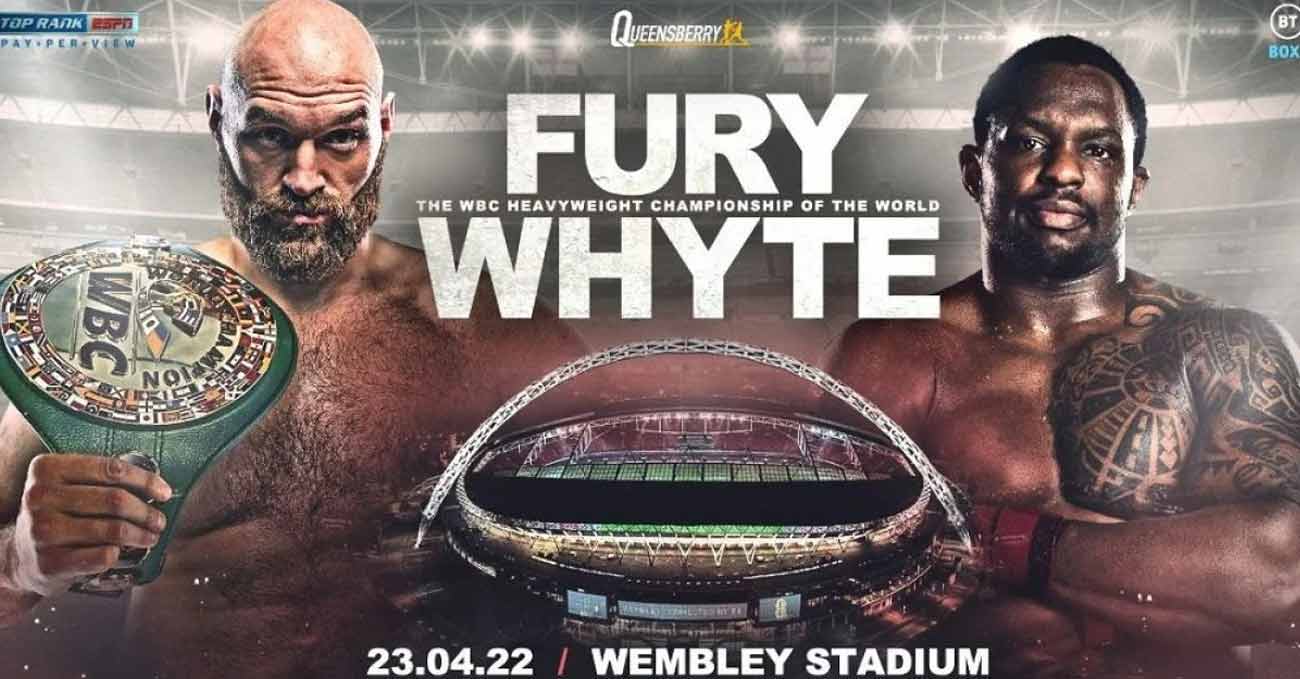 Review by AllTheBestFights.com: 2022-04-23, the boxing fight Tyson Fury vs Dillian Whyte gets three stars thanks to a good finish (take a look at our ranking of the Best Boxing Fights of 2022).
Whyte vs Fury is the main event of the evening and it is valid for the WBC World heavyweight title (Fury’s second defense). Watch the video and rate this fight!

The undefeated former IBF, IBO, WBA, WBO and current WBC Hw champ Tyson Fury entered this fight with a pro record of 31-0-1 (22 knockouts) and he is ranked as the No.1 heavyweight in the world.
The only man who stopped him in a draw was Deontay Wilder in 2018 in their first match (4-stars fight, Deontay Wilder vs Tyson Fury I), after this bout he has won four times beating Tom Schwarz (Tyson Fury vs Tom Schwarz), Otto Wallin (Tyson Fury vs Otto Wallin) and twice Wilder: