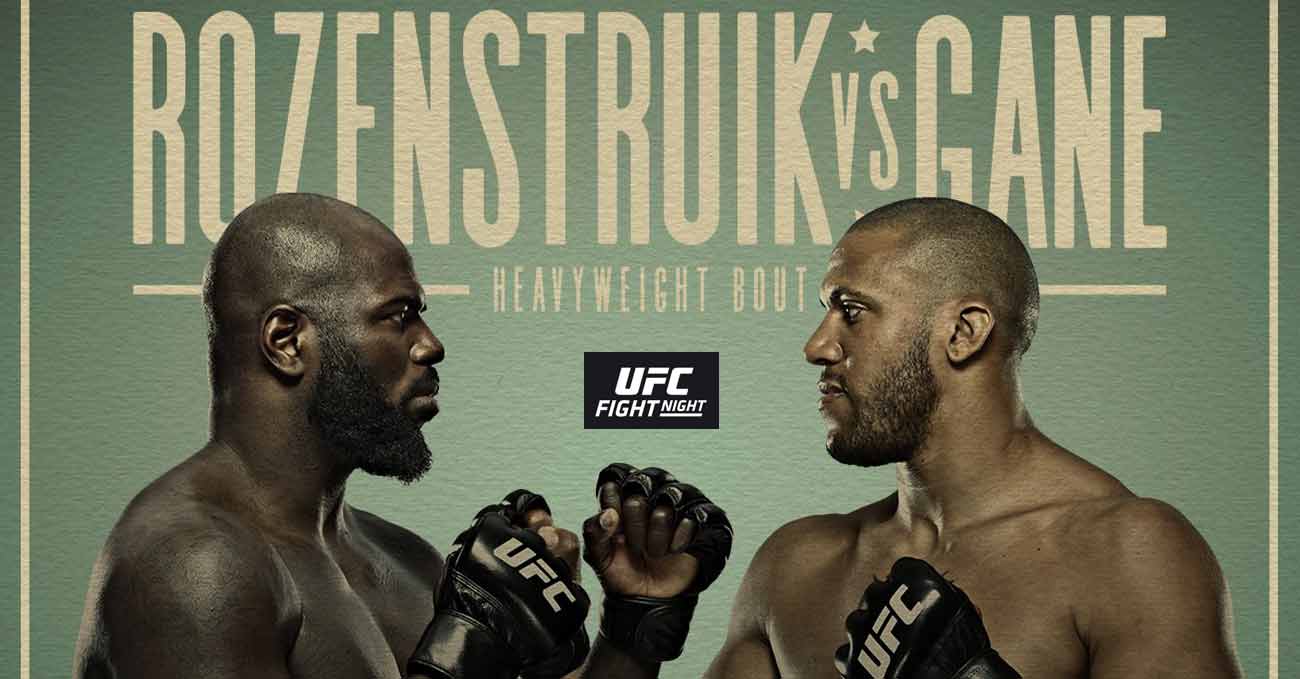 Review by AllTheBestFights.com: 2021-02-27, disappointing mma fight: Jairzinho Rozenstruik vs Ciryl Gane gets two stars.
Gane vs Rozenstruik is the main event of UFC Vegas 20 (also known as UFC Fight Night 186 or UFC on ESPN+ 44). Watch the video and rate this fight!

His opponent, the undefeated Ciryl Gane, has a perfect record of 7-0-0 (86% finishing rate) and he entered as the No.7 in the heavyweight division.
In his last three fights he has won over Don’Tale Mayes, Tanner Boser and Junior dos Santos (Junior dos Santos vs Ciryl Gane).

Selection of the best videos about the fight Jairzinho Rozenstruik vs Ciryl Gane. If you have seen the full fight you can rate it at the bottom of this post.