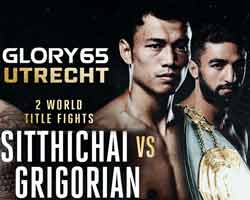 Review by AllTheBestFights.com: 2019-05-17, good performance by both fighters: Sitthichai Sitsongpeenong vs Marat Grigorian 5 gets three stars.