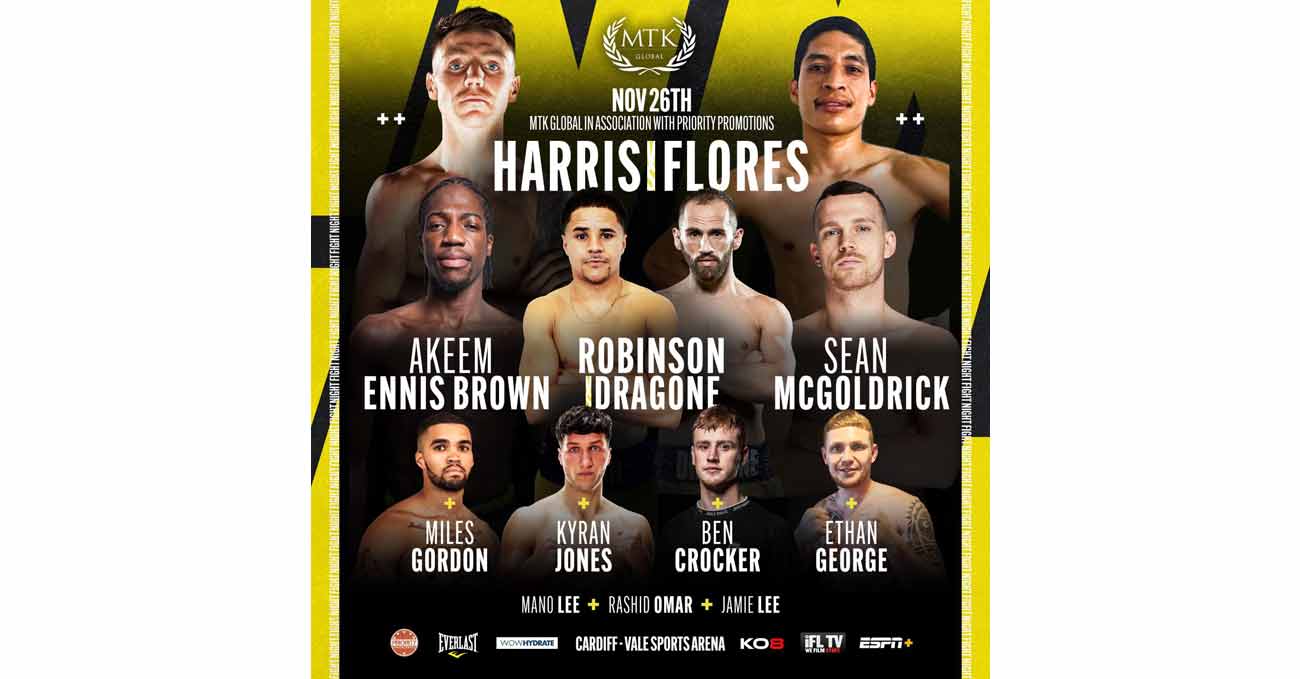 Review by AllTheBestFights.com: 2021-11-26, great performance by both fighters: the boxing fight Jay Harris vs Hector Flores is close to get four stars (take a look at our ranking of the Best Boxing Fights of 2021).
Flores vs Harris is the main event of the evening and it is valid for the vacant WBA Inter-Continental light-flyweight title. Watch the video and rate this fight!

Jay Harris entered this fight with a boxing record of 18-2-0 (9 knockouts) and he is ranked as the No.14 light flyweight in the world.
He lost two out of his last three matches, against Julio Cesar Martinez Aguilar in 2020 (Julio Cesar Martinez Aguilar vs Jay Harris) and with Ricardo Sandoval in 2021 (Jay Harris vs Ricardo Rafael Sandoval); between these two bouts he beat Marcel Braithwaite (Jay Harris vs Marcel Braithwaite).
But if you want to watch one of Harris’ best fights, here is a 4-stars match of 2019: Jay Harris vs Paddy Barnes.

His opponent, the undefeated Hector Gabriel Flores, has an official record of 18-0-4 (9 knockouts) and he entered as the No.43 in the light flyweight division.
He was stopped in a draw by Francisco Mendivil in 2015, but since then he has won ten consecutive bouts beating Juan Carlos Diego, Juan Carlos Parra Pech and Roberto Palomares in his last three.