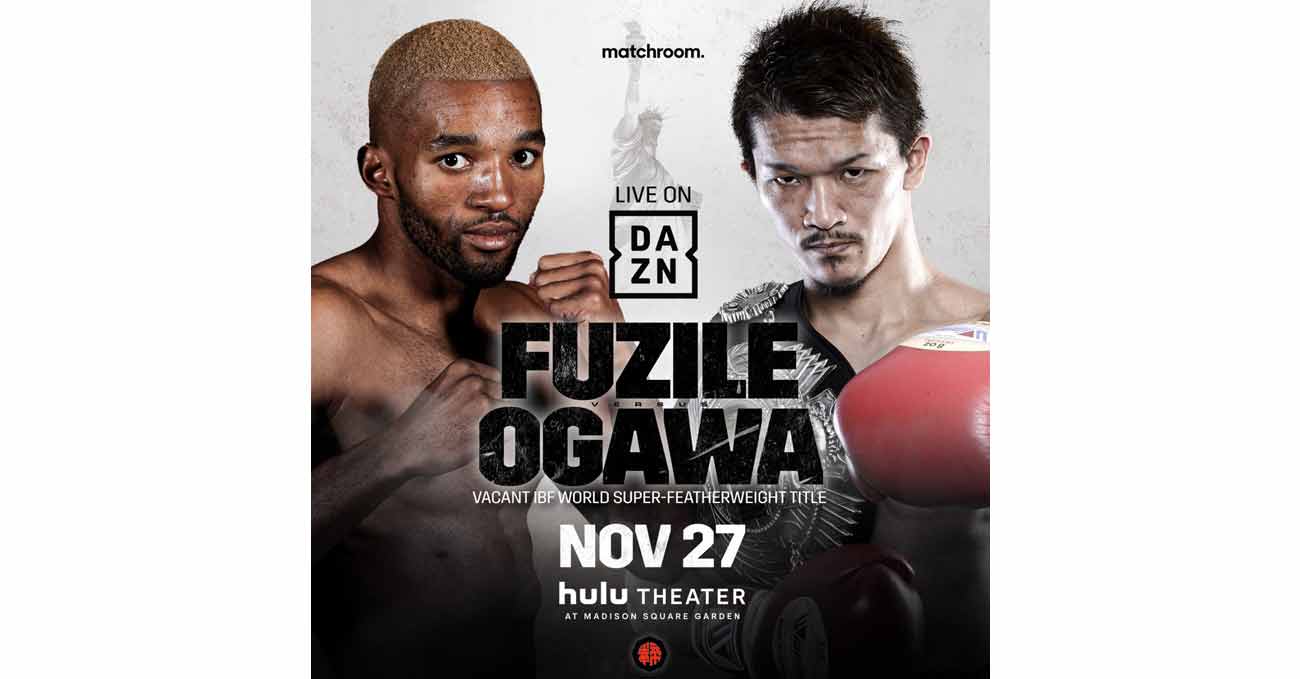 Review by AllTheBestFights.com: 2021-11-27, boxing fight not so exciting: Azinga Fuzile vs Kenichi Ogawa gets two stars (take a look at our ranking of the Best Boxing Fights of 2021).
Ogawa vs Fuzile is valid for the vacant IBF World super-featherweight title; undercard of Teofimo Lopez vs George Kambosos Jnr. Watch the video and rate this fight!

His opponent, Kenichi Ogawa, has an official boxing record of 25-1-1 (18 knockouts) but he is not ranked as he hasn’t fought since October 2020.
He suffered his only loss when he faced Yuki Miyoshi in 2012, since then he has collected one draw, one no-contest with Tevin Farmer in 2017 (Kenichi Ogawa vs Tevin Farmer) and 17 victories taking revenge on Miyoshi in 2013 and beating Kazuhiro Nishitani in his last one.