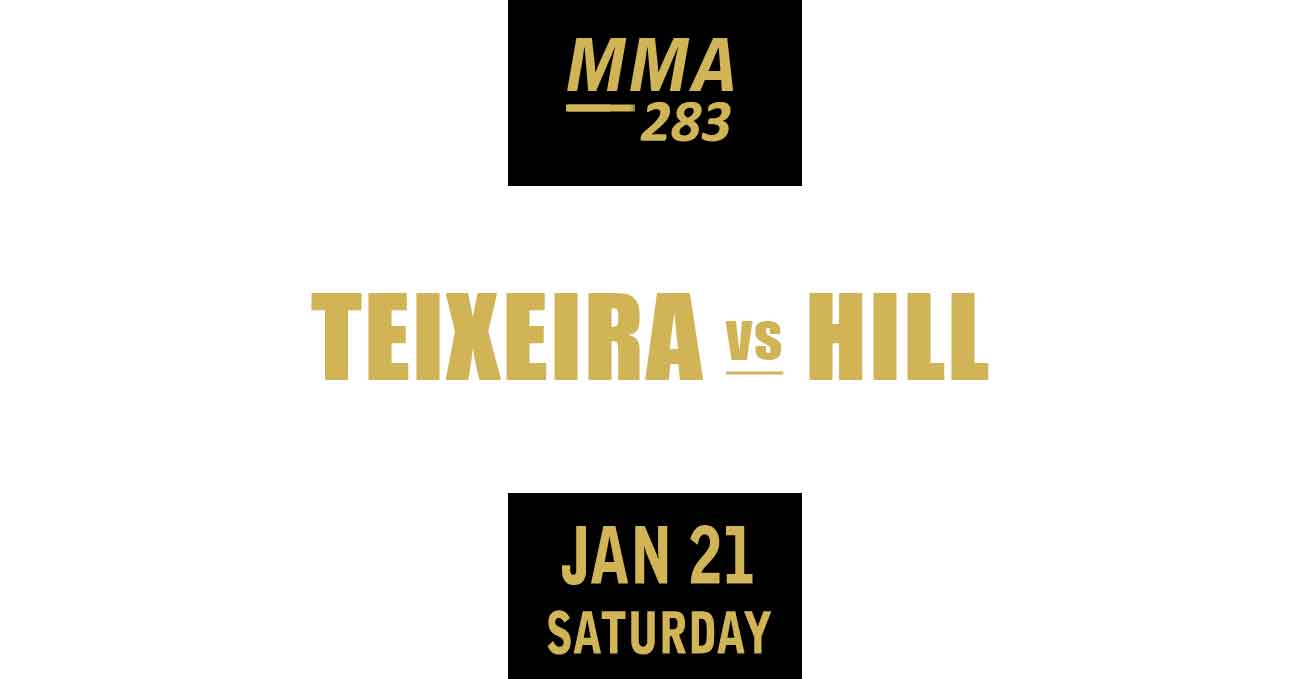 Review by AllTheBestFights.com: 2023-01-21, nice and tough mma bout: Glover Teixeira vs Jamahal Hill gets three stars (UFC Fight of the Night).
Hill vs Teixeira is scheduled to take place Saturday, January 21th, at the Jeunesse Arena in Rio de Janeiro (Brazil), in a 5-round light heavyweight (205 lbs, 93 kg) bout; it is the main event of UFC 283 and it is valid for the vacant UFC light heavyweight championship. Watch the video and rate this fight!