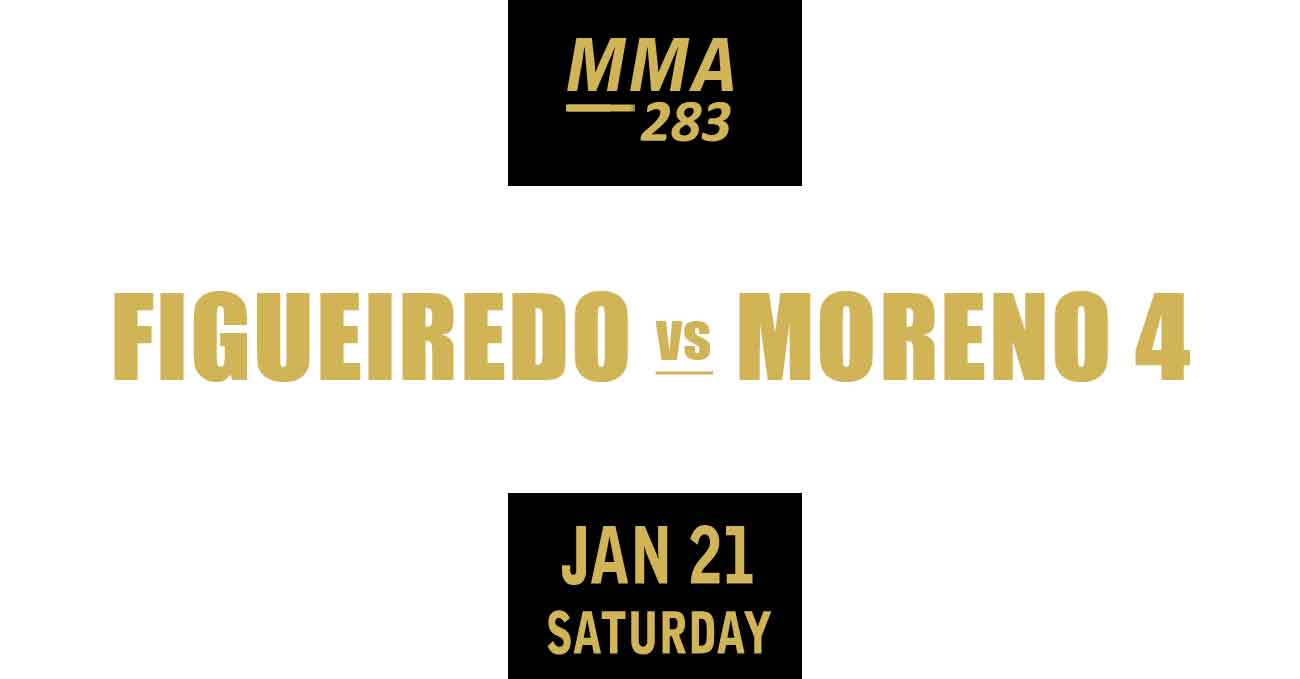 Review by AllTheBestFights.com: 2023-01-21, mma bout not so exciting: Deiveson Figueiredo vs Brandon Moreno 4 gets two stars.
Moreno vs Figueiredo 4 is scheduled to take place Saturday, January 21th, at the Jeunesse Arena in Rio de Janeiro (Brazil), in a 5-round flyweight (125 lbs, 57 kg) bout; it is valid for the UFC flyweight championship and is on the undercard of Glover Teixeira vs Jamahal Hill – UFC 283. Watch the video and rate this fight!