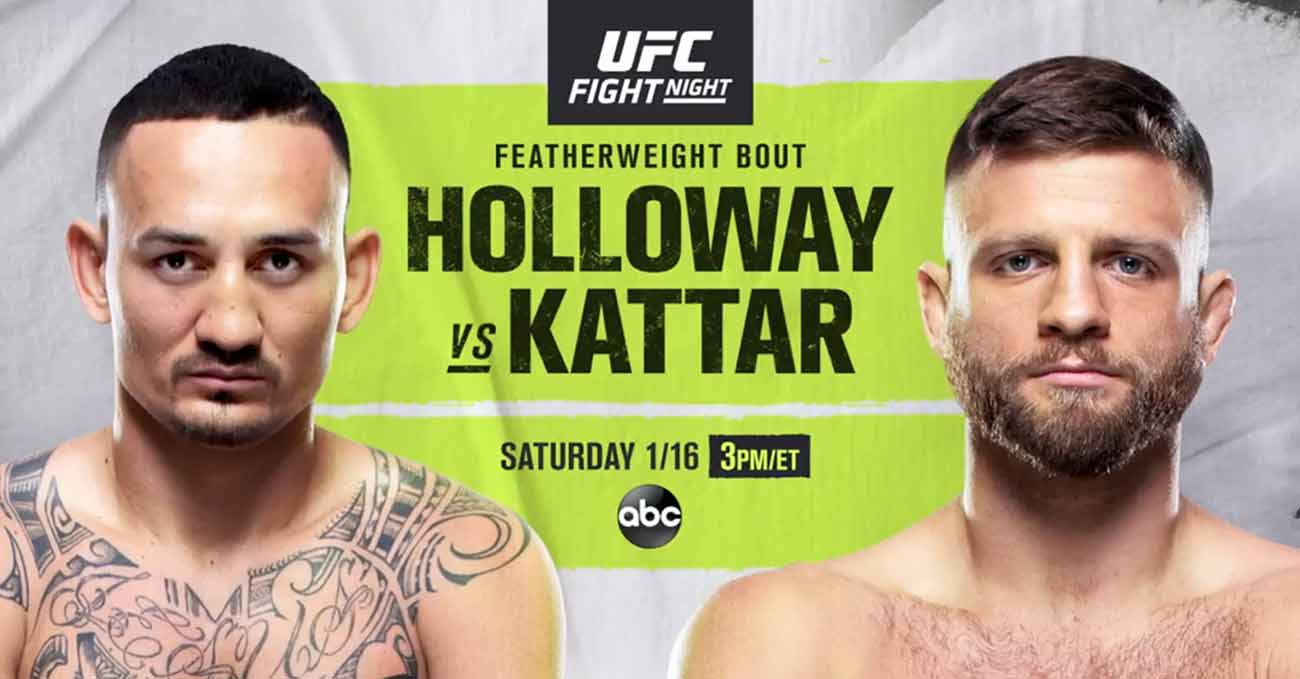 Review by AllTheBestFights.com: 2021-01-16, high pace plus some wild and tough exchanges: Max Holloway vs Calvin Kattar will be one of the best mma fights of the year 2021 and it gets four stars (UFC Fight of the Night)!
The former Ufc Fw champion Max Holloway entered this fight with a professional mma record of 21-6-0 (57% finishing rate) and he is ranked as the No.2 featherweight in the world. He won just one out of hist last four matches, against Frankie Edgar in 2019 (Max Holloway vs Frankie Edgar); after this fight he has lost twice with current #1 Fw Alexander Volkanovski (Max Holloway vs Alexander Volkanovski I and Alexander Volkanovski vs Max Holloway II). If you want to watch Holloway’s best fights, we suggest two matches: the Users’ Mma Fight of the Year 2018, Max Holloway vs Brian Ortega, and Max Holloway vs Dustin Poirier 2 that took second place in the Users’ mma ranking of 2019.
His opponent, Calvin Kattar, has an official record of 22-4-0 (59% finishing rate) and he entered as the No.5 in the same weight class. He lost to Zabit Magomedsharipov in 2019 (Zabit Magomedsharipov vs Calvin Kattar) but then he has won over Jeremy Stephens (Jeremy Stephens vs Calvin Kattar) and Dan Ige (Calvin Kattar vs Dan Ige). Kattar vs Holloway is the main event of the UFC on ABC 1 (also known as UFC Fight Island 7). Watch the video and rate this fight!