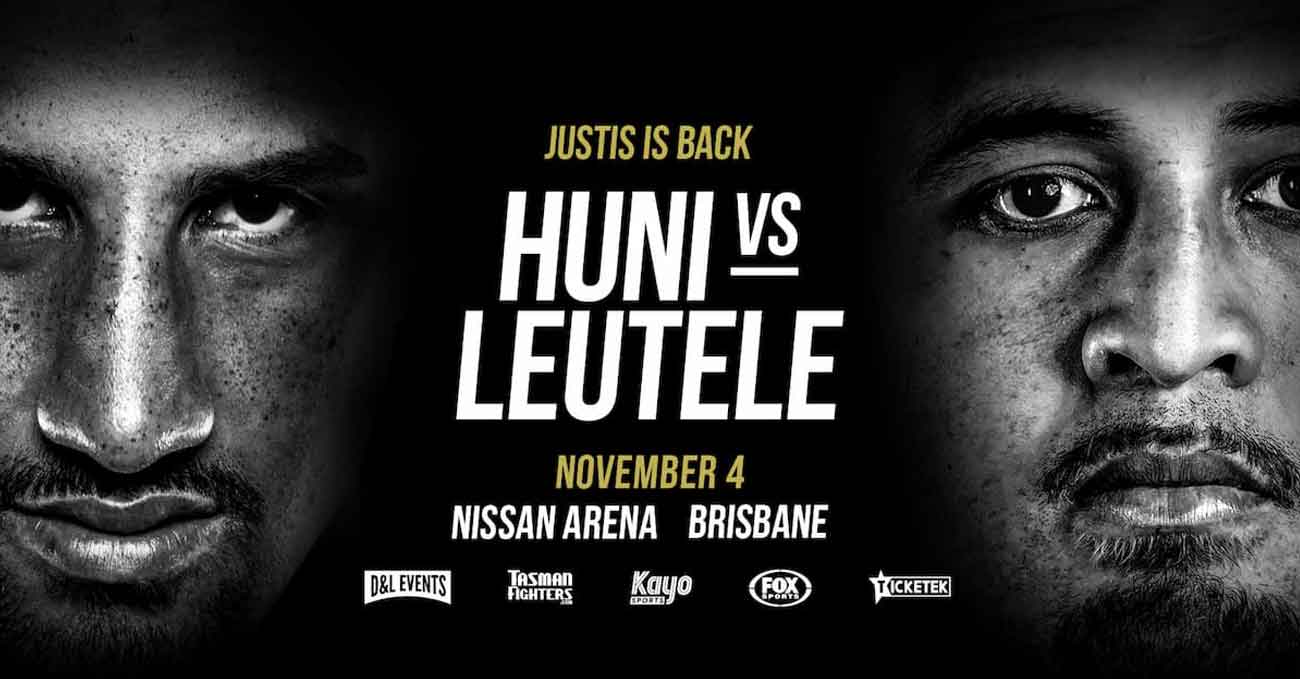 Review by AllTheBestFights.com: 2022-11-04, nice and tough exchanges: the boxing match Justis Huni vs Kiki Toa Leutele gets three stars (take a look at our ranking of the Best Boxing Fights of 2022).
Leutele vs Huni is scheduled to take place Friday, November 4th, at the Nissan Arena in Nathan (Australia), in a 10-round heavyweight (over 200 lbs, 90.7 kg) bout; it is the main event of the evening and it is valid for the IBF Pan Pacific, OPBF and WBO Oriental heavyweight titles. Watch the video and rate this fight!

The undefeated Justis Huni entered this fight with a perfect boxing record of 6-0-0 (4 knockouts) and he is ranked as the No.36 heavyweight in the world.
In his last three fights he has beat Christian Ndzie Tsoye, Paul Gallen (Paul Gallen vs Justis Huni) and Joseph Goodall (Justis Huni vs Joseph Goodall).

His opponent, Kiki Toa Leutele, has an official record of 8-1-2 (7 KOs=87%) and he entered as the No.164 in the heavyweight division.
In his last three matches he has tied with Julius Lloyd Long, has lost to Demsey McKean and has beat Lui Te’o.