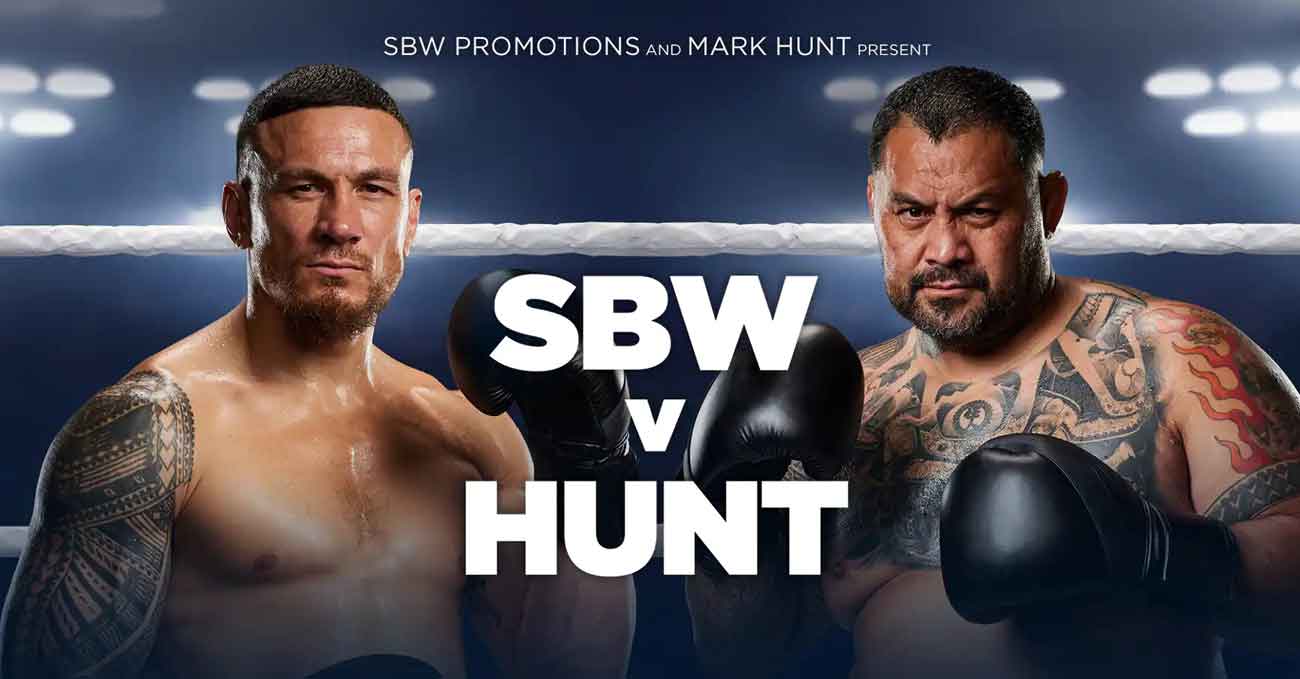 Review by AllTheBestFights.com: 2022-11-05, pretty good finish but it is not enough to get three stars: the boxing match Sonny Bill Williams vs Mark Hunt gets two (take a look at our ranking of the Best Boxing Fights of 2022).
Hunt vs SBW is scheduled to take place Saturday, November 5th, at the Aware Super Theatre in Sydney (Australia), in a 4-round heavyweight (over 200 lbs, 90.7 kg) bout; it is the main event of the evening. Watch the video and rate this fight!

The former professional rugby player (he won also the Rugby World Cup twice) Sonny Bill Williams entered this fight with a perfect record of 9-0-0 (4 knockouts) and he is ranked as the No.273 heavyweight in the world.
In his last three fights he beat Chauncy Welliver in 2015, Waikato Falefehi in 2021 and Barry Hall in March 2022 (Sonny Bill Williams vs Barry Hall).

His opponent, the 48-year-old (11 years older than SBW) former K-1 world champ and former Ufc/Pride/Mma fighter Mark Hunt, has a boxing record of 0-2-1 (0 knockouts) but he is not ranked as he hasn’t fought since 2020 when he lost to Paul Gallen (Mark Hunt vs Paul Gallen).
Before this match he fought mainly in kickboxing until 2003, finishing his career with a record of 30-13-0 (13 knockouts); since 2004 ‘The Super Samoan’ started fighting in mixed martial arts, reaching a mma record of 13-14-1 (77% ko/tko victory rate – he has never won via submission). His last victory was against Derrick Lewis in 2017 (Derrick Lewis vs Mark Hunt), but after this bout he has lost three times, the last one with Justin Willis (Mark Hunt vs Justin Willis).
If you want to watch one of Hunt’s best fights, here is an epic bout of 2013 rated with 4 stars: Antonio Bigfoot Silva vs Mark Hunt.