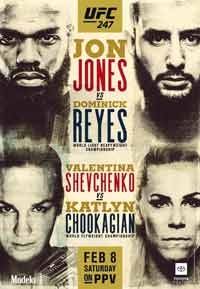 Review by AllTheBestFights.com: 2020-02-08, fight not particularly good between Mirsad Bektic and Dan Ige: it gets two stars.

Mirsad Bektic entered this fight with a professional record of 13-2-0 (69% finishing rate) and he is ranked as the No.27 featherweight in the world but he comes off the loss against Josh Emmett (Josh Emmett vs Mirsad Bektic); before this bout, in 2018, he had beat Godofredo Pepey and Ricardo Lamas (Ricardo Lamas vs Mirsad Bektic).
His opponent, the black belt in Brazilian jiu-jitsu Dan Ige, has a mma record of 12-2-0 (67% finishing rate) and he entered as the No.32 in the same weight class. He lost to Julio Arce in 2018 but since then he has won four consecutive fights defeating Mike Santiago, Jordan Griffin, Danny Henry and Kevin Aguilar. Bektic vs Ige is on the undercard of Jon Jones vs Dominick Reyes – UFC 247. Watch the video and rate this fight!