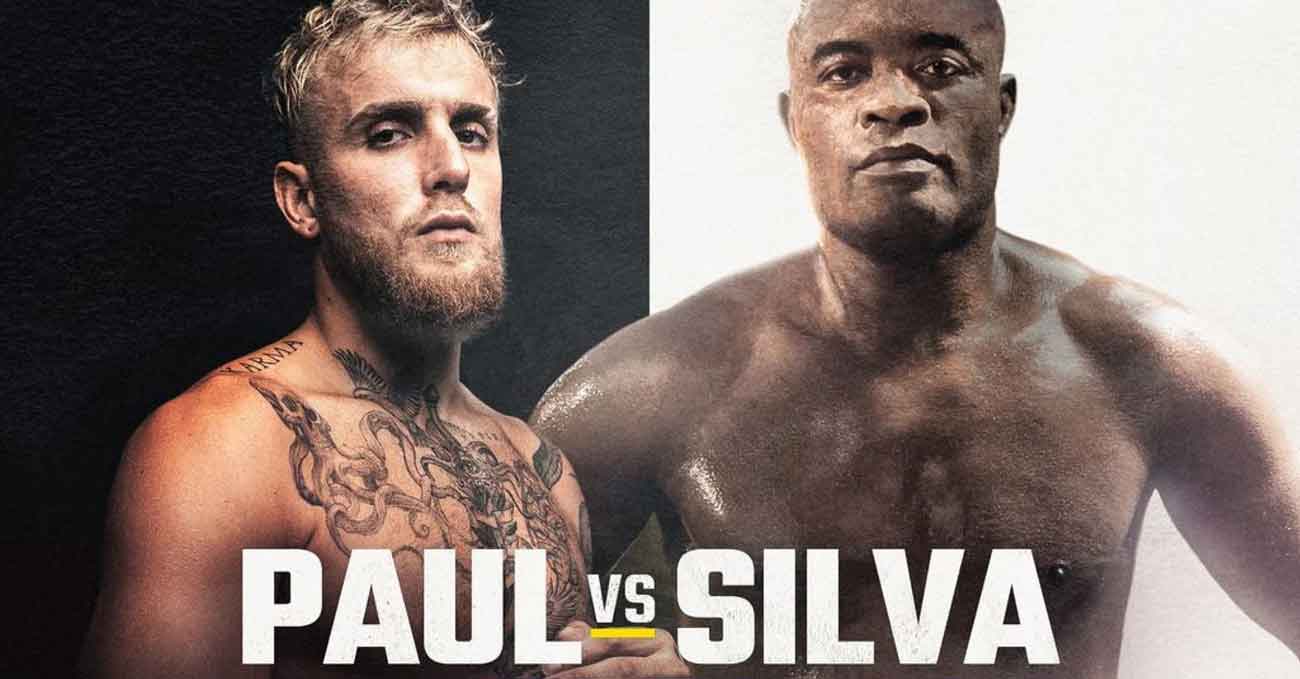 Review by AllTheBestFights.com: 2022-10-29, pretty good fight: Jake Paul vs Anderson Silva gets three stars (take a look at our ranking of the Best Boxing Fights of 2022).
Silva vs Paul is scheduled to take place Saturday, October 29th, at the Gila River Arena in Glendale (Arizona, USA), in a 8-round light heavyweight (175 lbs, 79.4 kg) bout; it is the main event of the evening. Watch the video and rate this fight!

Before the bout take place, you can watch the official preview videos All Access, press conference, weigh-in (on Friday) etc, or discover how to watch Paul vs Silva on tv, the fight time and the card.

His opponent, the 47-year-old (22 years older than Paul) black belt in Bjj, tae-kwon-do and former Ufc Mw champ Anderson Silva, has a boxing record of 3-1-0 (2 knockouts – while his mma record is 34-11-0) but he is not ranked as he hasn’t fought for more than one year.
‘The Spider’ Silva had lost to Osmar Luiz Teixeira at his pro boxing debut in 1998 but then he beat Julio Cesar De Jesus in 2005 and Julio Cesar Chavez Jr (Julio Cesar Chavez Jr vs Anderson Silva) and Tito Ortiz in 2021 (Anderson Silva vs Tito Ortiz).
Among the best mma fights of Silva we suggest these two: