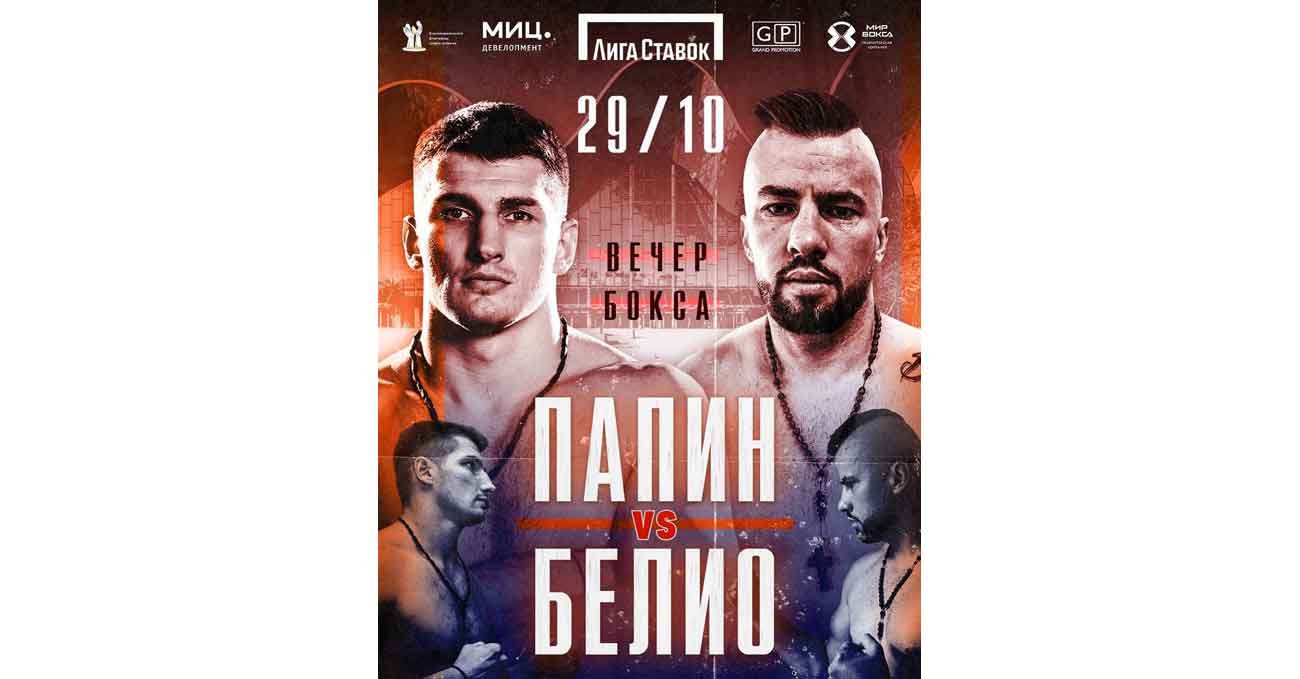 Review by AllTheBestFights.com: 2022-10-29, one sided boxing match: Aleksei Papin vs Damir Beljo gets two stars (take a look at our ranking of the Best Boxing Fights of 2022).
Beljo vs Papin is scheduled to take place Saturday, October 29th, at the Irina Viner Gymnastics Palace in Moscow (Russia), in a 10-round cruiserweight (200 lbs, 90.7 kg) bout; it is the main event of the evening. Watch the video and rate this fight!

His opponent, the undefeated Damir Beljo, has a perfect record of 26-0-0 (21 KOs=81%) but he is not ranked as he hasn’t fought since 2019.
In his last three bouts he has won over Mindia Nozadze, Lukas Paszkowsky and Laszlo Penzes.