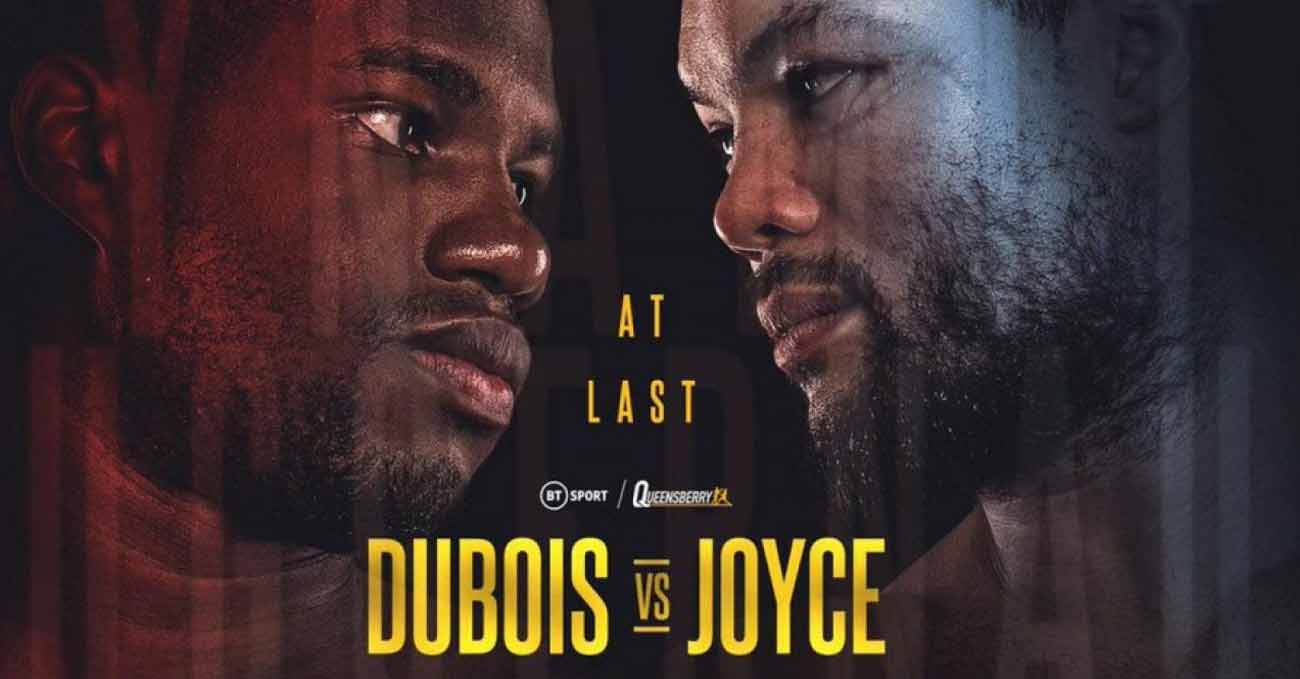 Review by AllTheBestFights.com: 2020-11-28, pretty good fight between Daniel Dubois and Joe Joyce: it gets three stars (take a look at our ranking of the best boxing fights of 2020).
Both undefeated, the former Wbc Youth Hw champion Daniel Dubois entered this fight with a perfect boxing record of 15-0-0 (14 KOs=93%) and he is ranked as the No.21 heavyweight in the world while his opponent, the former Olympian Joe Joyce, has an official record of 11-0-0 (10 KOs=91%) and he entered as the No.16 in the same weight class. In their last three bouts ‘DDD’ Dubois has won over Ebenezer Tetteh (Daniel Dubois vs Ebenezer Tetteh), Kyotaro Fujimoto (Daniel Dubois vs Kyotaro Fujimoto) and Ricardo Snijders (Daniel Dubois vs Ricardo Snijders) while Joyce has beat Alexander Ustinov (Joe Joyce vs Alexander Ustinov), Bryant Jennings (Joe Joyce vs Bryant Jennings) and Michael Wallisch (Joe Joyce vs Michael Wallisch). Joyce vs Dubois is valid for the WBC Silver, WBO International, vacant EBU European, Commonwealth (British Empire) and BBBofC British heavyweight titles. Watch the video and rate this fight!