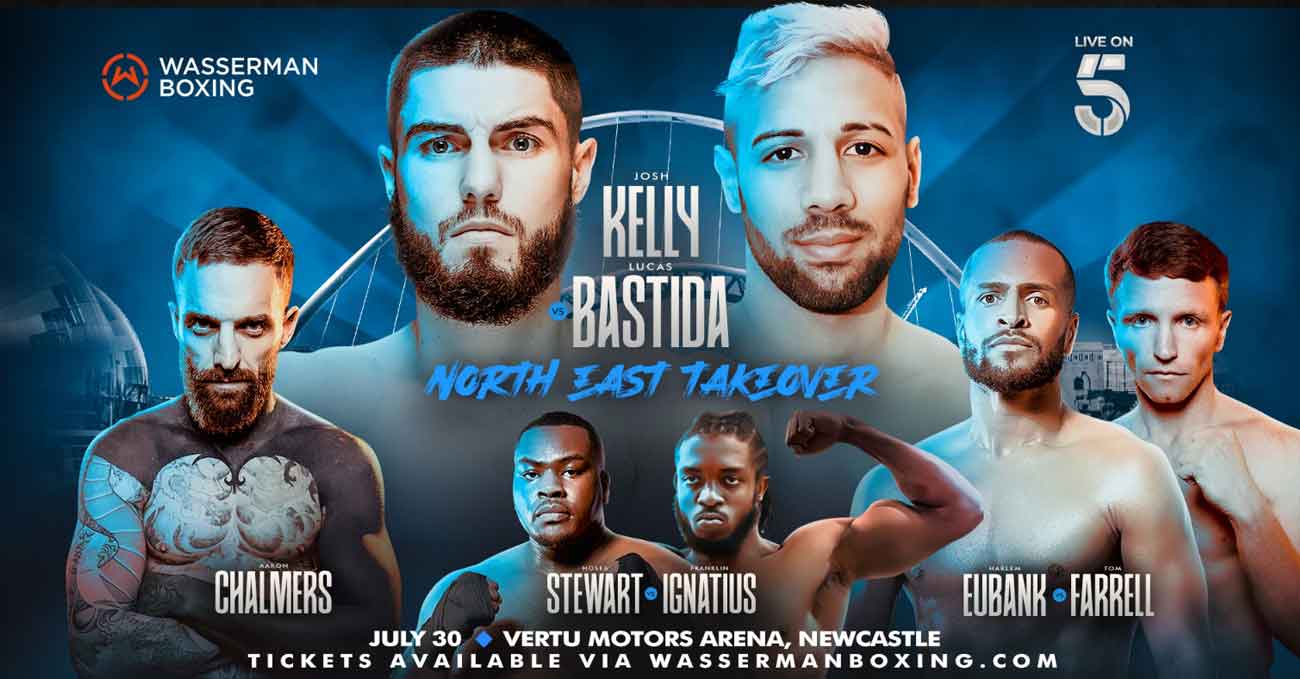 Review by AllTheBestFights.com: 2022-07-30, disappointing boxing match: Josh Kelly vs Lucas Brian Bastida gets two stars (take a look at our ranking of the Best Boxing Fights of 2022).
Bastida vs Kelly is scheduled to take place Saturday, July 30th, at the Vertu Motors Arena in Newcastle (United Kingdom), in a 10-round light middleweight (154 lbs, 69.9 kg) bout; it is the main event of the evening and it is valid for the vacant WBO International super-welterweight title. Watch the video and rate this fight!

The former Olympian Josh Kelly entered this fight with a boxing record of 11-1-1 (7 knockouts) and he is ranked as the No.39 light middleweight in the world.
In his last three bouts he has beat Wiston Campos and Peter Kramer (Josh Kelly vs Peter Kramer), but between these two fights he suffered his first loss, against David Avanesyan (David Avanesyan vs Josh Kelly).

His opponent, Lucas Brian Bastida, has an official record of 18-1-1 (10 knockouts) and he entered as the No.47 in the light middleweight division.
He was defeated by Hugo Alberto Roldan in 2018, at his fourth pro boxing bout, but since then he has collected one draw and fifteen victories beating Luis Enrique Rivero in his last one.